Part of the push behind the whole Open Government/Open Data movement is that policy advisers and makers have realized they simply can't solve all the problems that lie before them.

That's nothing new, of course; what's changed is that, thanks in no small part to social media gaffes, mistakes and ignored policy pieces are coming to light in rapid, viral fashion.  Add to this a toxic, hyper-partisan political climate where every gap, overlap or oversight is pilloried as the devil's work and you've but an unsustainable dynamic.

One of the key problems identified in actually solving structural issues in jurisdictions at all levels is internal bureaucratic culture.  Decisions are made at the top and instructions are flowed down with little explanation and no context.  Differing departments can be working on a piece of a bigger puzzle without any idea what the end picture is supposed to look like.

Even worse is what's called "the black hole" phenomenon, where results collected at the front end get flowed to the top without any comment or indication of what worked/what didn't/how that information is informing the decision-making process.

Add to this the "clay layer" of middle managers who are in a state of stasis - probably never going to go up the ladder, but damned if they're going to take challenges from below.  Fresh ideas from the bottom and any exposition from the top gets stopped in this layer that traditionally hoards knowledge like it's their ticket to survival.

Sidebar - this identified cultural problem is what the political culture is increasingly trying to resemble.  Always a step behind, they are.

A perfect example of why this is a failed model is program funding.  Governments, as you know, fund programs.  Some new programs are developed from within the bureaucracy while others come from the political government of the day (and as often are not, have political motivations).

Political Side has an idea - let's say it's that cutting down on incidences of Type II Diabetes will cut healthcare costs (and improve lives).  They give money to Ministries with narrow mandates of how to allocate these funds down the chain.

Ministries turn that money into funding streams - they will give it to health agencies, but with narrow mandates of what kinds of programs they can create and flow funding to front-line service providers for.

Front-line service providers will apply for funding - which means tailoring their ask to perfectly match the requirements of the proposal, which has been increasingly narrowly defined from the top down.  It's no wonder grant-writers get paid so well; knowing how to frame a proposal to meet the desires of the program (rather than the needs of the community) is tricky business.  If you're an organization without money to hire a good grant-writer, sucks to be you.

Funding and information flow one way.  The people at the top never get their feet wet.

There are a couple of problems with this model.

One - how do the people at the top make their decisions on what and how to fund?  What informs the parameters they set?  Good question - it's not always clear.  When it's all about the money, though, it's not in everyone's best interests to ask.

Two - what if the parameters set are wrong?  What if the front-line has identified needs that aren't matched by any program, or are best matched through a shared-solution that fits into more than one funding bucket?

This is where advocacy comes in.  It's possible to advocate for changes and promote differing interests; we see this happen all the time.  The problem is, again, that advocacy/government relations is a specialized and costly skill.  If you don't have the money, you not only can't get grants, but you can't promote your clients' best interests with decision makers.

Hence, Open Government and Open Data.  The goal is to open the decision making process so it's clear to everyone how and why certain choices are made - and, in theory, make it easier and more affordable to influence the process.

The same applies to Open Data - if people on the front line see that the choices being made aren't going to work, they can formulate and pitch alternatives.


But all of this is moot until the internal culture changes.  So long as it's accepted practice for information to flow one way and the assumption is that the people at the top know better than the people at the bottom, we won't have Open Government. 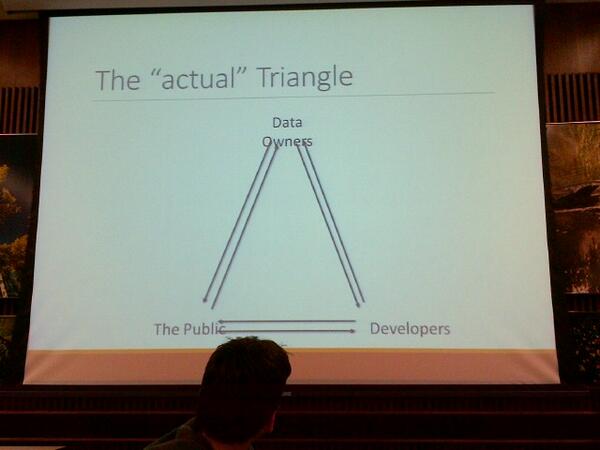 What government should start doing is co-designing funding streams with partners all along the chain.


This way, the programs offered will be clearly designed to support the ground-level needs and realities of communities and the big-picture agendas of government.  There are good firms out there who do consultative co-designing this way, like Swerhun and Exhibit Change.  They're even local.

But to get there, government needs to do some co-designed structural changes to how they do business internally.  Break through the clay layer with some grassroots, as it were.

The fact that the federal and provincial governments are paying for a Human Resources cultural competency program suggests to me they might have twigged on to this need to change perspectives internally and that it's not just about top-down management. 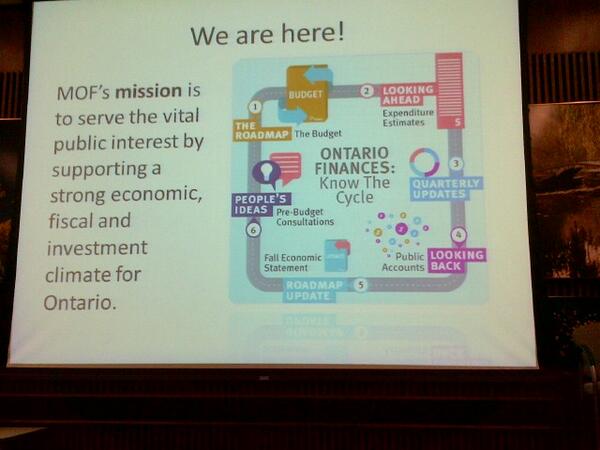 That's an excellent place to start.  If government were to fund an internal co-design process that seeks to address the structural problems of a strictly hierarchical and silo-based organizational structure, they could vastly improve the efficacy, impact and adaptability of their operations and planning.

They'd also set a good example for non-governmental players, too, including those capital-hoarding companies that are missing the boat on catalyzing internal innovation and stemming the massive costs related to occupational mental health/presenteeism.

A focus on cuts reduces your bandwidth and flexibility.

Systems, not silos, is the way to sustainability.

And if they don't believe it coming from me, that's fine - I'd be more than happy to connect decision-makers with folk up and down the ranks and in every sector who feel the same way.

But you'd want to start with these young folk who will inherit whatever system (or mess) we leave behind.  Believe me - they've got ideas you should be open to. 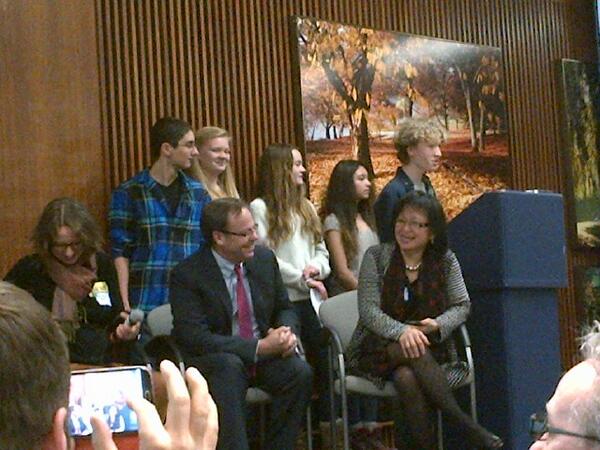