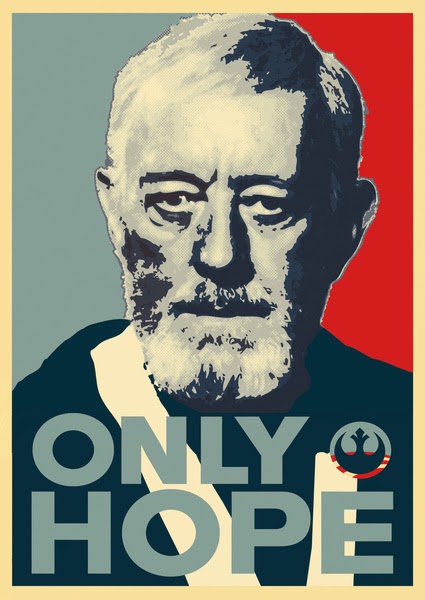 There are two paths that Russia can take at this point.  Actions on the ground in Crimea are deeply troubling but what is also true is that over time, this will be a costly proposition for Russia.  Now is the time to consider whether they can further their interests with diplomacy as opposed to force.
When you're dealing with a bully, it's hard to find words that will have any impact.  "On the wrong side of history" was a great line - Russians have something of a relationship with history.
The quote above, though, was brilliant.
Think it through for a second.  Putin is a tough guy, hyper confident in his ability to swat down any opponents.  His pride is important to him.  If the US simply threatens consequences, so what?  It becomes a pissing match.
But in the predatorial rush for conquest and the blindness of pride, Putin hasn't thought his position through as thoroughly as he might have (or, more likely, thought less of his potential opponents).

This brings us back to "wrong side of history."  If Crimea is his Anschluss, Putin has good cause to look at what happened to Europe's last minority-hating, expansionist leader.  When you're facing unceasing resistance from within that gets worse the more oppressive you become, combined with external pressure (arms, economic), the long-term sustainability of neoTsardom becomes less tenuous - and therefore, less appealing.
Meanwhile, it's not just about short-term economic losses until and unless the world accepts the Russian Anschluss - if other countries kibosh arms trade with Russia, they're not going to wait to find new sellers.  China's got its sights on a couple of Russian market opportunities already.
Coming off of whatever high Sochi gave the Russian people, they probably won't be so excited to see themselves as being on the wrong side of history.  Especially as Russia's felt pretty wronged itself in the recent past.
Fierce resistance, foreign state consequences, low internal morale and permanently lost economic opportunities - all for one man's stubborn ego?  It's a bum deal and everyone knows it.  Except maybe Putin.  But those in his inner circle won't be so naïve.
It may be that no argument will sway Putin from a destiny with self-destruction.  That's unfortunate.  But there will always be someone close to the centre of power who recognizes the trend-lines of history and will consciously choose to land on the ride side.
You offer a way out to the person in charge.  When they refuse, you offer it to the man next to them.
Obama may not be as conniving in his planning as all that, but by at least framing the internal consequences of his action, Obama has given Putin time and cause to back down.
Come, Putin, Crimea's not worth the effort.  Let's talk about the Arctic instead.

UPDATE 4/3/14: The trip wires must be laid out in plain sight, so that there can be no doubt as to the consequences if Russia crosses them.

Yup.  Set the field of battle and you often don't need to fight the war.  It's basic Sun tzu.