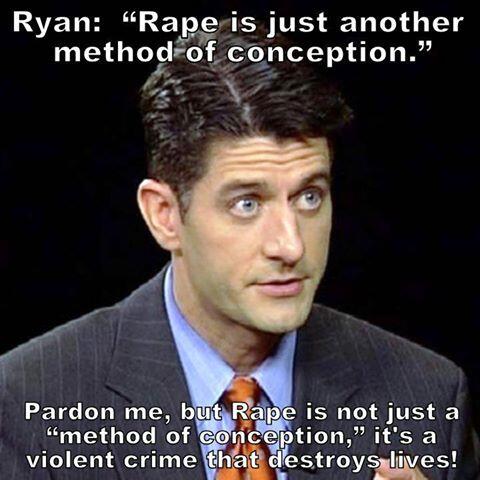 "They should be held accountable for those actions.  Actions have consequences and I think that this is certainly something that can't go unnoticed," said Roy, who heads the Student Federation of the University of Ottawa.

"Rape culture is very present on our campuses... I think that it's very shameful to see that there are student leaders who are perpetuating that within their own circles."

"There's a lot of boys' talk and locker room talk that can seem pretty normal at the time, but then when you actually look back at it, it can be offensive," he said.

Not if you never get out of the bubble.  And not if it's, you know accept practice - just the way things are done.

Rape is about power and control.  It dehumanizes the individual being raped, making it easier in the mind of the rapist to take what they want or force others to do their bidding.  Because of its aggressive, emotionally-driven nature, rape is the antithesis of rational decision-making.  Rapists rape to exercise control over others, effectively proving they have no control over themselves.

As such, rapists reinforce their behaviour through the demonization of their victim.  They had it coming, they were promiscuous to begin with, someone had to teach them a lesson, so on and so forth.

Think about the terminology that gets used in politics; think of the practice of politics.  Step on their throat.  Kick them while they're down.  Embarrass, humiliate, insult, undermine - dehumanize.

Hyper partisan politics is about the savage exercise of power, largely through the process of dominating and humiliating opponents.

Don't like the analogy?  Neither do I - it's very disturbing.  But it fits, doesn't it?