The Peaceable Revolution for Open Government: The Youth Shall Lead 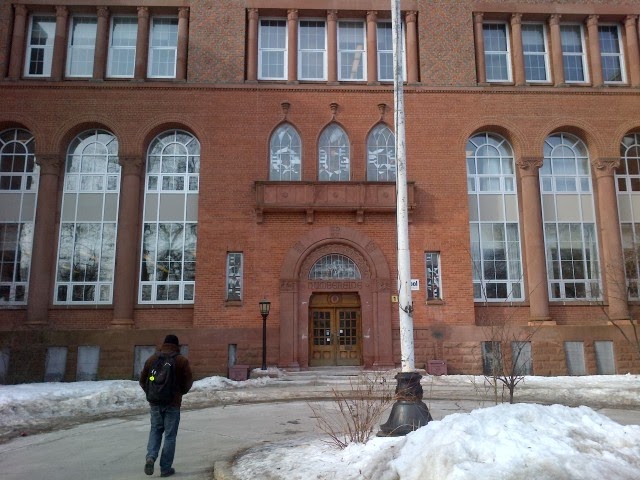 I did a presentation today on Open Government and Open Data to Grade 10 students at Humber Collegiate.

As part of the presentation, I talked briefly about Magna Carta and Responsible Government - the historical process that has led us to having a government that's accountable to Parliament.  I walked with them through the difference between Constitutional responsibilities and political conventions.


We also talked about the increase of rabid partisanship and the role increasingly visual, accessible and real-time media have played in this trend.

This led into the harsh reality of modern politics - that those within the system who recognize there's a problem and those that are fine with the increasingly partisan competitiveness of our system are equally trapped.  It's not about them, after all, nor what they leave behind - it's about our society and the world our children (like the youth in these classes) will inherit.

I closed by drawing a comparison between Magna Carta and Open Government, suggesting that society has grown so complex that, in addition to responsible government (answerable to Parliament) we need a responsible democracy (answerable to the people).

Referencing a plaque in Nova Scotia that commemorates the first responsible government in the British Empire, I told them that this is our "peaceable revolution." These classes had been present at Open Data Day TO, one of hundreds of Open Data/Open Government events that happened globally.  They understood that what's happening out there is a movement - and they want to be part of it.

I asked them what message they would like to convey to government, Parliament, the bureaucracy and the media.  I promised them I wasn't just asking because it was the traditional thing to do, but because I wanted to connect their voices with whatever ears I could.

They gave me three powerful messages to pass on.  Here they are:

1) Youth are people too - and they have a voice

3) They will be holding the collective us accountable


I expect to be hearing more from young, engaged, powerful voices like these, from a growing number of sources.  So should you.