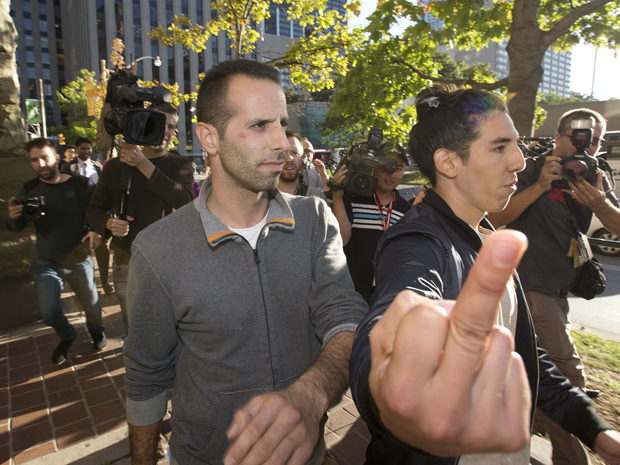 That is absolutely game-playing.  It's politics.  And I am not apologizing.

Of course not.  Ford never apologizes, and it's always everyone else playing political games.

Until it's Rob Ford, playing political games while he's apologizing.

This much is clear.  The Fords intend to win; they have no regard for the already-tattered rules of campaign decorum; they have a lot of people they consider enemies and are increasingly pulling from shall we say atypical crowds for their campaign team.

Those who will campaign against the Fords will use every underhanded trick in general War Room practice; there's nothing new there, that's politics as usual.  Ford, on the other hand, doesn't have the same restrictions.  He's also not pulling from people who think along those lines.

What sort of oppo-suppressing tricks will his team devise and implement?  At the very least, it's going to be interesting...