Jim Brownell: What a Politician Should Be 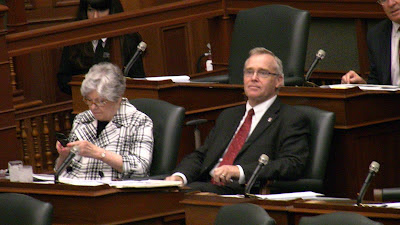 "If there has ever been an example of someone who works tirelessly to serve virtually every aspect of his community, Jim Brownell is the guy."

I still remember the way in which Jim invited me to work in his office way back in 2005 - he called me up and asked "want to help me make a difference for the folks back home?"

This wasn't just a line.  Jim made things happen that I would never have thought possible.  He advocated for his community and delivered on an impossibly grand scale; three hospital developments and other additions to local healthcare, school developments, all kinds of infrastructure projects, supports for local businesses, local academic institutions, environmental protections, support for farmers, support for initatives in Akwesasne, etc.  You simply can't tick off a ten best-accomplishments list for Jim, because that's too limiting. 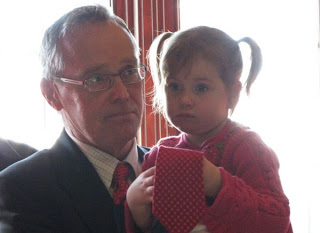 Jim didn't just deliver for his community - in support of his riding, Jim delivered for the whole of Eastern Ontario (pushing for and realizing the Eastern Ontario Development Fund) and for the whole province.  My personal favourite was the forgiveness of Cornwall's Downtown Revitalization loan.  When he pushed for this with the Ministry of Finance, he was told they couldn't do it for just Cornwall, because there were a number of other Ontario communities in the same position.  "So," Jim replied, "let's do it for all of them."  Not only did he make that happen - he convinced the Premier to come down and make the announcement in person.

Some pundits and opposition Members criticized Jim for some of his other pursuits; a Heritage Day (which eventually morphed into Family Day) or the commemoration of the gravesites of former Premiers of Ontario.  These critics missed Jim's subtle genius - by serving as a conduit for the public expression of Ontario's proud, rich history, Jim continuously brought the focus back to his riding and its pivotal role in that story.  In the same vein, Jim's constant invitation of Ministers to the riding and of constituents to Queen's Park literally changed the way people looked at Eastern Ontario.  Few folk in the Legislature could have recalled the riding name of Stormont, Dundas and South Glengarry before Jim - by the time he left, everyone could ryhme it off without hesitation.  Then, there were things he did just because they were the right things to do and someone needed to do them.

His community respects him; his colleagues admire him; staff love him.  There are more people out there who look at Jim as a second father (or grandfather, for some of the young'uns) than are currently working at QP on whole.  How many politicians get their own night named after them?

Jim Brownell's legacy will last for a long time to come - a tribute to the leadership, fellowship and the strength of character he embodies as a politician and as person committed to making a difference.

Of course, legacy is a thing to think about when you're done - Jim's still at it.  We're all better off for his dedication. 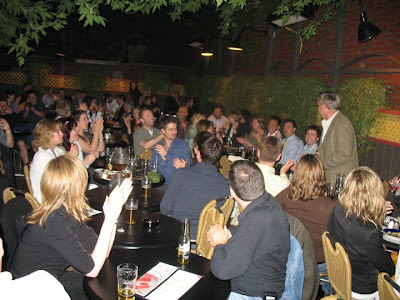