Socratic Governance and the Truth of #WhatLeadershipIs

"They will not design a budget to get the NDP onside... so the chances for an election increase dramatically," he said.

The Budget, like all policy positions, messaging campaigns and various political chicanery are all designed (to varying degrees of efficacy) with one goal in mind - winning elections.  Sometimes a Party will think a couple elections out as they aim for their Big Win.

Until recently, the NDP both federally and provincially has often mirrored the disenfranchised Canadians they claim to be the voice of - never aiming too high because they knew there was no hope in hell they could get close numbers sufficient enough to form government.

But in all of this, all scenarios, all permutations, what isn't being put first is the well-being of the province entire.  A focus on winning urban seats results in a focus on urban policy; ambitions to secure senior votes will target issues that matter to them.  Opposition Parties will look for whatever faults they can find and hammer those, with a focus on what will turn off government's base and help mobilize their own.

I get that this is how politics works - but it's also how governance fails.

I get that these political operators are telling themselves this is how the game is played and that it's their job to take down their opponents, blasting their positions to smithereens and undermining their intentions in the eyes of voters - you know, in Socratic fashion.

Socrates - yes, that one - introduced the philosophical method we now call Socratic, which involved systematic doubt and questioning of another to elicit a clear expression of a truth supposed to be knowable by all rational beings.

In theory, this is what politics does - poke at the actions both publicized and obfuscated of opponents, holding them to account and revealing the truth.  In theory, the constant, over-the-top attacks are about forcing accountability.  Socractic debate isn't about undermining people or blowing up positions, though - it's about collectively finding the truth by challenging each other to rationally, objectively explore all facets of a given issue in a way we simply couldn't do on our own.

But let's be serious - people aren't rational actors, nor are we objective in the sense that we put a non-partisan truth first.  If anything, the more competitive become, the less rational we are.

Think about it for a second - let's say you're driving a car down the highway, lots of other cars all around you, and unexpectedly a truck on your left veers into your lane.  There's no time to contemplate a course of action, you have to act now.  What do you do?

Odds are pretty good you'd instinctively veer right, not looking to see what's there until you're already in motion, if at all.  Knee-jerk, instinctive reaction; anyone could do it without thinking.  People do do it, which is why we have so many traffic accidents.

The number one cause of all our social problems ranging from car accidents to poor healthcare to poor healthcare systems and yes, up to poorly-conceived policy is human behaviour.  We don't look far enough ahead, we don't take the time to grasp the entirety of a given context and we focus on the notion of us being in the driver's seat rather than being just one more car on the road.

It's great to say politics is Socratic and political operators are poking and probing to land on the truth, but that isn't what they're doing.  They're poking and probing for selfish opportunity or antagonistic attacks.  All this talk of finding coalitions of voters?  That's not about identifying structural challenges and shared solutions, it's about picking fights and deferring consequences.

The goal of politics isn't sound policy, it's political wins.  Winning is as much about helping your opponent lose as it is about seeking out just the people who will help you succeed.  When individual wins come first, the well-being of the whole comes second, if at all.  This is why we have such massive, structural challenges in the first place.

Look, the goal here isn't to shame and blame anyone - in a tragedy of the commons, everyone is to blame.  The politicians who've put self-interest first, the political operatives who've elevated the aspirations of their Parties over the well-being of their province, the media who've put selling copy over serving as aspirationally impartial communicators to voters who've opted not to invest time and energy into understanding the political landscape are all at fault.

None of us is going anywhere so unless we want a perpetual swing of the pendulum until the cord breaks entirely, we have to get over ourselves and who's in the wrong and start focusing on how do we make things right. 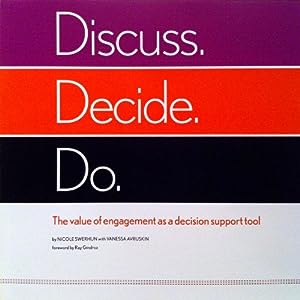 There are good, even great models of consultation out there that could, if implemented in the political arena, completely change the dynamic of our system and start developing real, honest-to-god shared solutions.  Design Thinking is one such practice that needs to be incorporated into bureaucratic operations and civic engagement from the top down and the bottom up.  Swerhun's Discuss, Decide, Do is another great primer for how to create better, more representative policy.

We'll never get there, though, so long as we keep looking at the world from an inside-out perspective.  Individual politicians need to care less about whether they get a Minister's job and more about serving as conduits for their constituents.  Call it public service.

Political Parties (which are a key part of our system by convention only) need to back off entirely or reclaim their original purpose, which was to ensure shared value sets and aspirations got a public airing - not fighting over slices of the pie.

The best we could hope for is real Socratic debate, where Elected Officials focus on bringing the realities of their constituents to the conversation and partisans employ a "yes, and" model for weighing the merits and disadvantages of given positions.

Of course, if the consultation process was done correctly, there'd be no need for Political Parties at all; instead, true leaders and real representatives would go the distance themselves, bringing their stakeholders together to co-design the best (but not perfect, 'cause that's not possible) and most sustainable solutions for all.

I've been told I'm dumb, idealistic and naive for thinking this way, but I've also been told I'm a thought leader with an uncanny ability to see social trends before they become trendy.  What matters most to me is that I've seen the right kind of framing work in practice; I have seen implacable enemies find common ground to stand on and share tools to build with.

It works.  It's hard work, it demands a certain level of delayed gratification, discipline and empathy, but that's the whole point.

Far too many "progressives" are aping their conservative brethren, focusing on lateral, oppositional combat instead of figuring out where we go from here and how.  They will find all kinds of creative ways to justify this cognitive dissonance and change the channel so as to redirect focus on the faults of others, but again, that only proves the point. 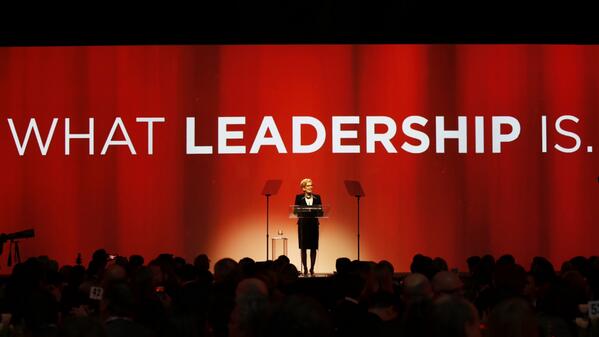 If we want to talk about #whatleadershipis, let's start with what it isn't.  Leaders don't place blame.  They don't incite fear.  Leaders aren't interested in wins, they're interested in results.  For true leaders, moving forward together means leaving no one behind, no matter their partisan brand or what "coalition" they belong to.

Leaders don't put others down to reaffirm their position; they actively seek to make themselves obsolete by growing other leaders to take their place.

Governance isn't about picking fights - it's about understanding the truth of challenges and developing shared solutions to address them.

When the Masters work is done the people say "amazing, we did it all by ourselves."