There's been quite a lot of writing recently about how the reason women make less money than men is because they don't negotiate the same way as men.  Men adopt an active negotiating posture and women don't.

I will say, when I've had to negotiate, I will say to you the number of men who came to negotiate with me were much higher than women.  Women don't come as often to complain, the men do.

If you're maybe kinda sorta contemplating a bid for higher office, this was about as clever as thing to say as that time Mitt Romney talked about having binders full of women.

From a behavioural perspective, however, there's something really interesting to be mined in this.

It's not a uniquely human thing; across mammalian species, males tend to be flashier in their appearance and more likely to fight with each other for status and dominance (which largely reads as increased access to women).

Physical features like the peacock's tail and the deer's antlers are biological testament to this.

Now think about this in a social context for a second.  We automatically assume that aggressively standing up for one's interests is a good thing, be it the better cut of meat or the corner office.   Competitive men are more likely to get what they want, therefore making them better investments.

In nature, the more competitive male gets the resources, gets the female and passes on its genes.  In theory, the socially more aggressive male will make more sales and be of greater value to their employer; this aggression gets rewarded through higher wages and corner offices.  Eventually, they and the companies that employ them become too big to fail, right?

Not really, no.  Aggressive, alpha salesmen are selling brand more than they are product, ignoring or downloading risk to people less important or competitive than they are.  They fail all the time - the higher up they get, the more people there are carrying the risk for them. 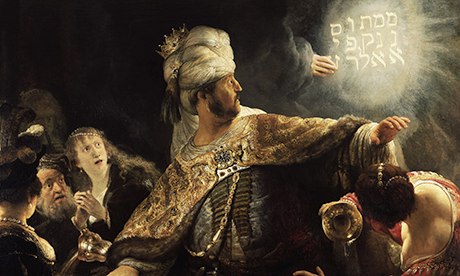 Aggressive sales isn't always a good thing, especially when the product or service isn't that great.  The focus shifts from being about the quality of a product and more about tearing down competitors - kinda like political attack ads.

Look at Julian Fantino's attack on veterans and unions or Rob Ford's dogged defense of his record as the best mayor in the history of cities.

The other thing about an aggressive focus on winning is that, by the very nature of competition, success of one comes at the expense of someone else.  What happens when your competitors don't cave so easily?  Syria provides a great example of how badly this approach can turn out.

War has traditionally been the province of men not because they're tough enough to fight, but because on the whole, fighting comes more naturally to them.

The ability to sell products/services of lower quality, the drive to push down competitors and aggression as a default - these might be great skills to have in a sales environment, but they're also a recipe for stagnation and failure.  Feudalism, Wall Street collapses and the hollowing out of democratic politics are all examples of where elbows-up aggression gets us.

How many brutal women dictators can you name?  Exactly.

History is the story of humankind moving in the opposite direction, towards increased social-emotional fluency, collaboration and a focus on results rather than sales pitches.  It should come as no surprise that, as women have become more fully empowered and integrated into society, we've become less violent, more sophisticated, more balanced and even more innovative.

The last is key, especially in fields like politics.  If you think that policy development is a social equivalent to natural selection, with the best ideas already in existence needing only tough salesmen to ensure the best policy genes are carried on, fine.  But what if the solutions at hand aren't up to the challenges of the day?

Reproduction isn't about carrying one person's genes forward - it's about getting the best blend of each.

If you're so focused on winning and selling what you have that you can't view alternative perspectives as anything but competition, you're losing the ability to incorporate, grow and build partnerships.  You may grow big and strong, but as a result you lose the ability to adapt and, as the world change, you become as irrelevant as horses and bayonets (or for that matter, coal plants).

Smart companies have recognized that it pays to be adaptable and to work with employees to ensure they have the tools, accommodation and compensation they need to succeed rather than wait for their workers to come to them.

That way it's the best talent, not the most aggressive negotiators, who rise up the ranks and keep the organization competitive in an evolving landscape.

It doesn't sound to me like John Tory spent much time seeking out, understanding and supporting the best talent in his teams.  Like far too many bosses, he played the laissez-faire game, hoarding his money until someone came and aggressively convinced him to part with it.

As such, he represents traditional models of leadership that are proven less effective, especially in economies that are heavily dependent on innovation.  It's a shame, really, because he understands how destructive a winner-take-all approach can be to sound decisions getting made.

It's probably true that women are less likely to spend their time demanding more from their bosses; by the same token, it's equally likely that women leaders are more likely to do the right thing and empower their employees so they can spend more time working than negotiating.

I don't know about you, but I'd rather a leader that supports the team than individuals focused on taking what they can get.

Something I think John Tory should be familiar with.
Posted by Craig C-E at 20:27