"There are 50 different countries that have modernized their labour laws that are taking jobs away from Ontario," he said, repeatedly refusing to say whether he would kill the Rand Formula, which requires people working in a unionized shop to pay dues whether they join or not, though he blasted "union elites."

Me thinks Hudak is spending too much time around the Fords - he's starting to sound like them.

Though I'm sure, if pressed, he could explain exactly which 50 countries and which specific jobs have been relocated from Ontario to their soil.  This would not include cases where jobs have been killed in Ontario and the work done by those employees has been relocated to the States, but without new jobs being created.

See, in many of the jurisdictions Hudak is no doubt referring to, what we end up seeing is fewer workers doing more work without appropriate accommodation or support.

What happens when there's less responsibility on the part of employers and less rights on the side of employees?  Do the employees start negotiating aggressively or taking up golf lessons to properly persuade their laissez-faire "corporate elite" bosses to pay them fairly?

Nope.  The people become either depressed and accept a diminishing quality of life or angry and, you know, organize.  Which is what happened when time was in North America, which is why we have unions in the first place. 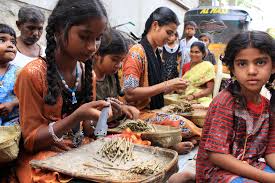 See, jurisdictions that are dismantling unions and diminishing worker rights aren't "modernizing" their labour laws - they're feudalizing them.  What happens in feudal societies is that more wealth gets concentrated in fewer hands who compete more aggressively and spend less supporting their workers.  Essentially what Hudak is trying to do is turn Ontario into Bangladesh.

How is it that you aggressively pursue your interests at the expense of non-1% in a democratic society?

A good start would be to ensure that Political Parties are highly competitive themselves with no ceiling for advertizing (and no government GOTV campaigns to muck up the partisan competition/vote suppression).  That way, clever corporate elites can spend more on Parties that will become dependent on their dollars, ensuring policy that is in their interests.

Which, of course, brings us back to the notion that you can kill a union by allowing free-riders.  The free-riders will, in practice, end up being those who can no longer afford to pay wages and are struggling to get by.

And when you have a highly competitive political system that is heavily reliant on dollars and isn't above vote suppression, how far a stretch is it to imagine the aggressively successful 1% discouraging opposition votes or suggesting that job security might just depend on voting preferences?

By trying to kill unions, reduce regulations and starve government, the hard-right is trying to feudalize Canada and take power away from the average citizen and place it firmly in the hands of those with money.  They do this in good conscience, of course, because hey, they're rational economists.

It pains me how blind these men are to the long-term consequences of their schemes and tricky tactics.

On the odd chance that they get even part of where they want to, it'll only be a matter of time before it blows up in their faces.

So unnecessary; so wasteful.

But the government is plainly proud of it: so proud that it refused to consult with the chief electoral officers on its contents; so proud that it is now being rushed through Parliament with a bare minimum of debate, using the government's power of time allocation.  And what problem was that intended to solve?