The Political Prisoner's Dilemma A Social Experiment In Negative Voting 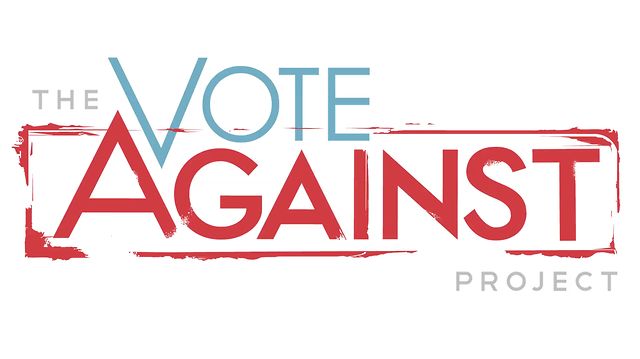 As I was shoveling the driveway this morning, my thoughts turned to the upcoming, extended election season and the tendencies of people to vote against, not for.  It's a theme that is endorsed and reinforced by Political Parties themselves - the main opposition will be bad for the country and a vote for any other Party counts as a vote for that dreaded opposition.  At the same time, "kick the bums out" is a theme the Opposition will chime in with, like clockwork.

But we don't register votes against Parties - only for them through their candidates.  As such, any Party that pulls off a majority of votes (no matter how small a percentage of potential voters that may be) will claim to have a solid mandate from the people to do whatever it is they said they would do.

So, as I scooped snow, I started thinking about how votes could properly reflect voting intentions and give a true appraisal of the state of our democracy and the faith placed in Parties.

Here's what I came up with - hack away at will.

What if ballots came with two columns - one, as per usual, to vote for the candidate (and Party) you want, but in addition, a column to register a vote against, strictly oriented towards Parties?

The standard rules around valid/spoiled ballots would count, except:

- You could leave one column blank; so long as the other was marked appropriately, the ballot
would still count

- If you fill out both columns appropriately, both tallies would be added to the final score of the
candidate of the Party marked


In effect, the negative vote would cancel out the impact of the positive one, but the voter would have been able to differentiate between what the candidate they liked and the Party they didn't.  At the end of the day this would still be a vote lost for that candidate, though, meaning extra pressure on said candidate to hold their Party and its policies to account.

However, if the voter particularly disliked the Liberals and didn't want to see them in power, they could record their vote like this:

This vote would register as a gain to Candidate A's overall tally, but one point away from Candidate B (and the Liberal Party).

You might say that this system could easily be manipulated by partisans, pushing people who to vote against in a certain way.  I would answer yes, which is equally the case with the current system.  The biggest difference would be an overall shrunken tally

In the 2011 Canadian Federal Election, the votes broke down like this:

I'd be willing to bet that, if negative votes were counted in, the totals would be a lot lower. A lot lower.  But those total would also provide a better reflection of voter intentions; after all, negative ads are about attacking other Parties and we all know that attack ads are effective, right?

It wouldn't be a pretty picture; we'd likely end up with vote totals in the double digits, if that, presenting a dismal view of our faith in the system on the whole.  But again, facing that reality would put more pressure on Political Parties as they focus on how to reduce opposition vote counts.

It'd become something of a Political Prisoner's Dilemma - if both sides attack each other, it'd be the public picture of our democratic health that would lose.

Of course, no Political Party would want this scenario to play out, nor should Elections Canada.  One vote enough would be sufficient to get Canadians demanding for changes to more than just who sits where in the House.

Which may be the very reason why ideas like this should be considered.  We already have a Tragedy of the House of Commons - maybe it's time we got a real good look at just how bad it is.

After all, you don't solve problems by denying they exist, baiting and switching or simply attacking someone else.  If that were true, we wouldn't stuck with the mess we're in right now.