Leaders and Vision: To the Moon, Canada!

It is for these reasons that I regard the decision last year to shift our efforts in space from low to high gear as among the most important decisions that will be made during my incumbency in the Office of the Presidency.

Love him or hate him, JFK's Rice speech remains a benchmark for leadership done right.  In stirring words, Kennedy articulated the legacy of a pioneering spirit that Americans rightly take pride in; he laid out in simple terms the course of human development and demonstrated the rapid pace of advancement the world had inherited.


Then President Kennedy brought forward a bold, almost (but not quite) inconceivable vision of achievement and then went on to describe everything that was and had been done that generated the optimism that yes, putting a man on the moon was possible.

And you know what?  They did.

No young person in the United States or Canada has ever heard such a speech delivered by one of our leaders.  For that matter, none of the young political operatives strategizing plans, crafting narratives and writing speeches for those leaders has heard such a bold, pioneering vision, either.

There's an old quote about wood and cabinets that applies equally to vision; it's awfully tough to build on that which you haven't experienced.

Instead, they are used to bold pronouncements about economic fundamentals; job creation, deficit slaying, so on and so forth.  Hardly inspirational stuff - such expressions are designed to appease and comfort, not to empower and motivate.  Supplementing these planks of pragmatism tend to be fearful overtures - threats overseas, threats of socialists and separatists, things that only one Party or the other can protect the people from. This makes for good partisan positioning, perhaps; reminding those voters why they need us.  It's a terribly ineffective way to catalyze innovation and to inspire action, though.

In a way, it truly baffles me that with all the smart, well-read people directing traffic behind the political curtain, there is such resistance to bold visions and such an urge to play it safe.  They fight over slices of the demographic pie, focused with fevered zeal just on winning control over what we have already.  They can and should know better.  So why don't they?


It's because all too often they and the leaders they serve have forgotten that we are still pioneers.  When it becomes about winning, not achieving, you aim for what you see before you instead of aspiring to something greater.

A focus on economic fundamentals is inherently selfish; it's about getting what's yours, not contributing to something greater.  That's fine if you think history is over and that the goal today should be consolidation.

The same holds true for a focus on rhetoric around trust; if the emphasis is on trusting your leaders to govern as you would trust your neighbour to keep your extra front door key, the emphasis once again becomes one's ability to rely, laterally, on their representatives.

You need economic stability.  You need trust.  But these things are only facets of leadership.

Leaders present visions of where we, collectively, could go, place that destination on a trajectory validated by history and provide the motivation, inspiration, drive to each and every one of us to get there, together.

You can implement all the tax breaks you want, cut all the regulations you want, but if there is no vision people can see and feel compelled to strive towards, then they will continue to do what people tend to do.

Over the past couple of weeks I have been in conversations with a host of community groups, start-ups and pundits pursuing one initiative or another.  Each has struggled to know where to begin, who to bring on board, what direction they should be heading in.  When I ask "what's your end state look like?" I get descriptions of business plans, grumblings about structural problems that have to be addressed, etc.

I then rephrase the question.  "If you were to achieve all you wanted to achieve, in ten years what would the world/your community look like that differs from how it looks now?"  Answering this question tends to be a bit of a process, which is fine - it's one that needs to happen. 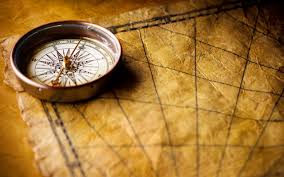 When that vision is more or less clear, I then ask the following:

"What needs to be done between to get from here to there?  What skills, tools, new development are we going to have to look at if we're to bridge the distance?"

And that's it; that's the ingredient that's missing, the reason why capital is frozen and innovation is stagnant.  Canadians have been pretty settled with where we've been, which has made us complacent in a way we can no longer afford to be.  We have no new destination, no challenge to rise up to, no standard we are trying to set for others.

Which is why we're falling behind.

These, then, are the question we must be posing, not just of our leaders but of ourselves as well.

Where are we headed?  What awaits us there?  How do we bridge the distance?

But if I were to say, my fellow citizens, that we shall send to the moon, 240,000 miles away from the control station in Houston, a giant rocket more than 300 feet tall, the length of this football field, made of new metal alloys, some of which have not yet been invented, capable of standing heat and stresses several times more that have ever been experienced, fitted together with a precision better than the finest watch, carrying all the equipment needed for propulsion, guidance, control, communications, food and survival, on an untried mission, to an unknown celestial body, and then return it safely to earth, re-entering the atmosphere at speeds of over 25,000 miles per hour, causing heat about half that of the temperature of the sun - almost as hot as it is here today - and do all this, and do it right, and do it first before this decade is out - then we most be bold.

You're up, bold leaders.  Where are we going today?