Social Catalyst: What I Do 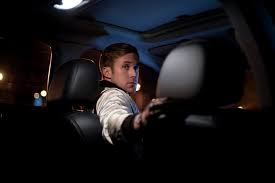 Today I had a great meeting with the small but dedicated team running an under-funded Not-For-Profit filling one of the many gaps left by existing public and private social services.  They were looking for some advice on re-packaging and re-branding themselves to better attract new funders.
This group has a massive and supportive network that relies on and benefits from their services, but the folks in that network don't have any dedicated funding to contribute.  As I said, these folk are filling a gap that wouldn't exist if funding and services already existed.
I asked them to give me their elevator pitch - if I was a potential sponsor and we got on an elevator together at the ground floor, what would you tell me that would explain to me what you do?
"We really struggle with that," came the reply; "we do a number of things that vary between partners, but they're all necessary and nobody else is doing them."  It's a common refrain.
Despite all we're told by successful people about the need to focus service offerings and develop narrow messages to target audiences, when you're a not-for-profit you don't get that luxury.  When people are in need, they come to you - the goal isn't to make money, after all, but to keep people from falling off the grid and maybe even get them on the path to self-sustainability.
For far too many social service providers, there's little money, long hours and a diverse mix of needs that intermingle; you can't be working in justice system supports without having a hand in mental health, family, education and employment issues, for example.  It's all well and good for those with comfortable means to live within to create divides between work/personal life, but for folk at risk and those supporting them, that's not an option.
When faced with situations like this, I like to offer an analogy.
If someone asks a bus driver what they do, how do they answer?  Do they emphasize the need to check tickets, call stops, monitor traffic flow and street-light activity, or carefully moderate pedal pressure?  What of ensuring passengers move to the back of the bus or making sure to have alternative routes in mind should construction prove an issue?
Nope.  The key fact of what they do is to safely take people from where they start off to where they're going.  The rest is implied by the skill they demonstrate in the practice of driving their bus.
It's not that people don't care about the nuance and complexity of what you do - rather, they expect that if you're doing your job, you're going to do it well, so it's the high-level that matters most to them.
This brings me back to a conversation I had yesterday where a friend introduced me with a title that was more than a tad convoluted - organizational planning and capacity building and strategy and other such things that read a lot better on paper than they sound on paper.
I simplified the matter by saying, simply, that I drive change.  Then, instead of explaining what that means, I just showed them.
Deeds, not words.  That gets them every time.
Posted by Craig C-E at 22:30