Toronto Police thinking outside The Box

Giving an unusual twist to their latest enforcement camapgin, traffic services officers are driving around in a black hearse, complete with Toronto Police Service logos and flashing lights, to raise public awareness about the dangers of distracted driving and to catch people who are driving with a cellphone, MP3 player or another electronic device in their hand.

Full marks for Chief Blair and his team for thinking outside the box.  People don't usually associate police with brainstorming, but it's actually quite common - initiatives like Positive Ticketing come out of police efforts to be more successful at their work.


If you look at it from their point of view, there's really no option but to get creative - they have seen every combination of increased surveillance, tougher penalties and new restrictions, but people are still doing the same, stupid things (like driving impaired or cheating on their expense claims) that cause problems for themselves and everyone else.

Personally, I can't see how this can have any more than a short-term impact.  Like a faith-healer or a motivational speaker, at best we can hope for a short-term change in behaviour before people revert to their norms.

The job of the police is to serve and protect - primarily by stopping bad things from happening and catching people breaking the law.  What's not part of their mandate is an in-depth understanding of why these behaviours happen in the first place.  Unless you are targeting the why, you can't get anything other than superficial success.

It's as true for motivating positive behaviour as it is for remedying bad behaviour.

So brass tacks - why do people opt to drive impaired, be it by drugs, fatigue or smartphones?  Why do they drive too fast, make erratic lane changes or ignore signage around them?

There's no one easy answer.  Different people will behave in the same way for different reasons, and within one individual the behaviour might be motivated by different causes at different times.

But here are a few examples:

- Hyper-confidence:  Like the WWII bomber pilot, they know nothing bad will happen to them - it only happens to others.

- Selfish ideation: this one is two-fold.

One, a self-absorbed driver may not recognize on a cognitive level that they share the road with other drivers; they won't look before they change lanes because it doesn't occur to them that someone else may be in this space.  It's like the squirrel crossing the road - they act until nudged by a shock into freezing or darting instinctively in another direction.  Or a different example - if you are an able-bodied, single male with a good job, how many strollers, wheelchairs or homeless people do you see in the course of a day?  It's not that they aren't there - they simply don't register on your personal radar, because they aren't relevant to you. 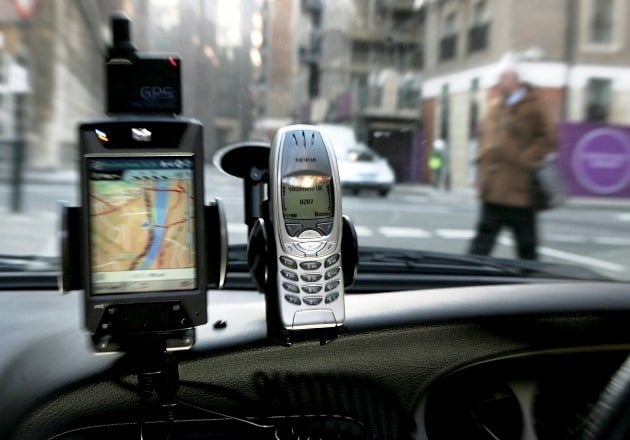 Two, you may not recognize the people around you as people; if you're in a selfish frame of mind (focused on getting yourself ahead, bitter about wrongs done to you or anxious to get where you're going or not miss a call), the people around you may register as impediments, not people, that just need to get out of your way.  It's the same thing as pushing on to a subway, even past an elderly man or a pregnant woman (that you might not have seen in the first place).

This leads into our next example:


Extrinsic Motivation: your wife is going to be mad if you're late.  Your boss is in a bad mood and you don't want to be caught away from your desk.  Your kid is becoming withdrawn at home and at school and you're worried about them.  All these chronic pushes and pulls encourage you to focus on a context other than the one you are in at that moment, leading to distraction.

Addiction: which, surprise surprise, is often a mechanism for creating a buffer between people and the stressors in their life, often stemming from those extrinsic factors.

Addiction is commonly understood as dependence on a substance, such as drugs or even video games; instead, addiction is often about dependence on an internal substance, dopamine, that is stimulated by those substances.  People like dopamine; it feels good.  Particularly when much of your day (or driving experience) is frustrating, those little hits of happy make a difference.

If you've ever felt an overwhelming need to check your blackberry, just in case something important is happened, that's addiction.  If the buzzer goes off and you jump to see what message you got, even if you're driving on a crowded highway, that's addiction.

An interesting thing that's emerging about addiction - in many cases, it's contextual.  People are looking for quick, dopamanic fixes because they are experiencing their day-to-day reality as unpleasant.  If you have a spouse who downloads their workstress at home and a micro-managing boss who insists that home life shouldn't impact work - and inbetween these hostile environments is a dreaded commute - then yeah, you're going to look for quick hits of happy to get through your day.

Which is why I doubt a couple of days of police driving a hearse is going to have any sustainable impact on driving behaviours.  It's applying a band-aid to what's really a contextual, societal virus.

We are constantly told to be aggressive (in getting a job), selfish (in buying what makes us happy) and angry (at politics and interest groups ranging from the very poor to the super-rich) to get ahead.  But we're also being told that society is a sham, government regulations are oppressive and individuals should be entirely self-reliant if they are to have personal value.

There are solutions to this sort of structural problem, largely rooted in sustained education (especially social-emotional learning and self-regulation), but stemming from that changes to the work-life structural balance.

But you will never land on these solutions if you're focused on reaction and economics; it takes a through understanding of neurochemistry and behavioural economics to encourage mindful, pro-social behaviour.

Do we have legislators and leaders willing to commit the sociology necessary to catalyze these solutions?