Dave Brister and the Right To Participate

2 of 2 - I was asked to recant my opposition to RTW legislation in exchange for retaining my position & I refused to do so.

Dave Brister is a perfect example of what's wrong with our political system.

He won the PCPO nomination in Essex (or was handed it, which would be another example of what's wrong).  He remained steadfastly in support of his leader - just not all that leader's positions.  In the name of transparency, integrity and open debate about the issues, he expressed his opinions about a given issue on Twitter.

And then the leader he had publicly stated support for sacked him.  And now Ontario has one more cynical citizen who has logically come to the conclusion that there is no place for the individual in Ontario politics.

Make all the arguments you want about Party loyalty and not giving fodder to other Parties.  You'd be absolutely right to do so - but is that a good thing?  When did it become about tribal interests instead of finding the best possible solutions? 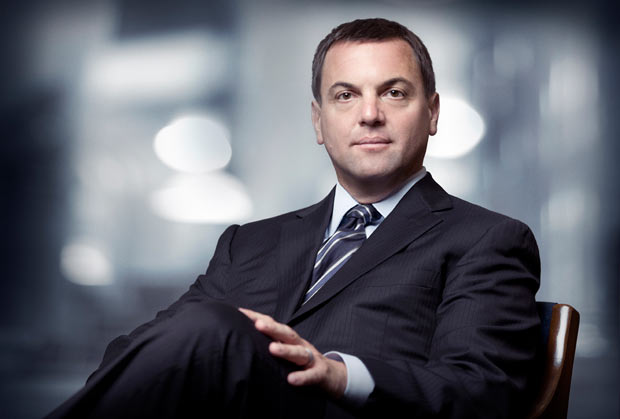 In theory, Tim Hudak is all in favour of individual agency: "I do not agree with what you have to say, but I'll defend to the death your right to say it" kind of thing.  This is in no small part why he's anti-union and anti-regulation; don't muzzle people's agency, his reasoning goes, and they'll do right by themselves and others.

So committed is he to gaining power to reinforce this agency that he's willing to sacrifice or subdue his own people to get it.

He turned a blind eye to the disgraceful treatment of Norm Sterling by his own people.

He encouraged Peter Shurman to run in a riding he didn't live in for strategic partisan reasons - then turfed him when that turned sour.

He plays a will-he-or-won't-he game with the Fords regardless of what they do not because of what they stand for, but the votes they may have to offer.

Tim Hudak is a crass political operator, but he's by no means the only one.  Every Party at every level has them.  In fact, it's these cynical folk who tend to rise to the top and stay there; they're competitive, aggressive and shrewd, which means they do what it takes to win.

Those who don't can't compete.  That's just how survival of the fittest works.

But governance isn't about survival of the fittest - it's about the strength of the whole, which depends on both the strength of each individual within the whole and their ability to participate.

It's all good to talk about right to work, but how realistic is that when leaders are so quick to take away someone's right to participate?

Which, of course, is why Dave Brister is right.  The policy approach Hudak favours won't create new jobs, it'll result in lower wages and less equity for those who don't have power and access already.

Those who already have position and resources will work harder to push down any competition.

You need look no further than politics (and Hudak's leadership in particular) to prove the point.
Posted by Craig C-E at 12:16