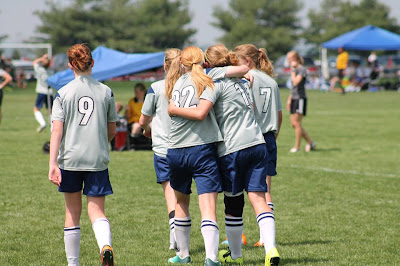 Some of the most successful people I know love simplicity.  They believe that personal success is attributed to focusing on low-hanging fruit and that sound bites are always, always better than debates.

These folks also tend to be big sports fans.

So, here's a sports analogy for you:

Demanding complex ideas be boiled down into easy-to-grasp soundbites is the cognitive equivalent to demanding the ball be brought to you.  Sure, you get the ball and are seen to have the ball; when the ball is profit or power, that's fine.  As a result, though, you never move forward.

Thought leaders are the equivalent to a Wayne Gretzky - they see where the puck is going and get there first.  It might not be intuitive to everyone else where the game is shifting to, but that's the value of having a Gretzky.

The problem we have is that the tough guys who want to hoard the ball/puck are selling themselves as Gretzky, but they're not.  They promote themselves and the company they build and point to the money they make, but what people end up buying is the brand, not success.


When it comes time to deliver, though, these sorts of performers have a bad habit of ragging the puck.

If we're content with the game that's being played, that's fine.  But if we actually want to move forward, we have to stop expecting the puck to be brought to us or the bosses we've chosen to invest in.  We also can't sit on the sidelines and expect star players to carry the weight for the rest of us.

So how's this for a sports analogy, folks - there's a reason why soccer and hockey are both team sports.

It's time for our country, top to bottom, to really start playing ball - and part of that means giving our thought leaders some ice time.