Open Government on the Open Road "If you take out those barriers, if you just give people the opportunity to participate, you'll be able to mend that bridge."

The missing bridge Richard Pietro speaks of is trust.  Trust between citizens and politicians, between partisans and activists, between each of us.

A bridge is a connecting link that allows for traffic to go both ways.  Bridges serve as catalysts for connectivity, opening doors for communication, collaboration and opportunity.

Richard is a catalyst.  A former political candidate who grew frustrated with much of the self-serving nature of partisan politics, Richard has become a focal point in Toronto's Open Data/Open Government community.

It's easy to blame this disconnect on one person, or one class - easy, but inaccurate.  Our social disengagement is due to a number of complex, interwoven factors, including:

Blame is easy.  Punishment can be rewarding, whether it's voting the bums out, firing or throwing someone in jail - but it's often a band-aid solution that avoids structural problems and actually serves to harden the walls between us.

There are cracks showing in these walls, though, with tendrils of community growth peeking through.  The Open Government movement is an example of this; across Canada and the world, policy planners, social activists and partners from the private and not-for-profit sectors are joining with governments to dismantle the firewalls around public data.

It's reason to hope - the people in positions of power, the "data-keepers" and the social change agents are all working together to open government and everything it does to public participation.

However this, in itself, isn't enough.  People need to know these doors are open and trust that if and when they walk through, they will be welcomed as a collaborator, not dismissed as an outsider.

This is an enormous challenge - breaking past many layers of assumption, mistrust and disengagement to bring people back together in collaborative ways.

There are many players chipping away at these walls in different ways, including co-working social sustainability organizations like The Social Gardner, civic information and engagement groups like Samara and Why Should I Care and emerging networks like #dezTO.  Richard himself is co-founder of Citizen Bridge, which looks to open data for the public in a way that makes it accessible.

Pockets of these Peaceful Revolutionaries are popping up across the country - there's a strong community in Toronto and another in Ottawa.  In fact, 2014 saw Open Data Days in:


But what of the communities in between?

What about those within these cities who would like to know more but don't know this emergent community exists?  Individual bridges are a starting point, but what we really need is a network.

Which is why Richard is bringing Open Government on the Open Road in a non-political tour like no other before it. 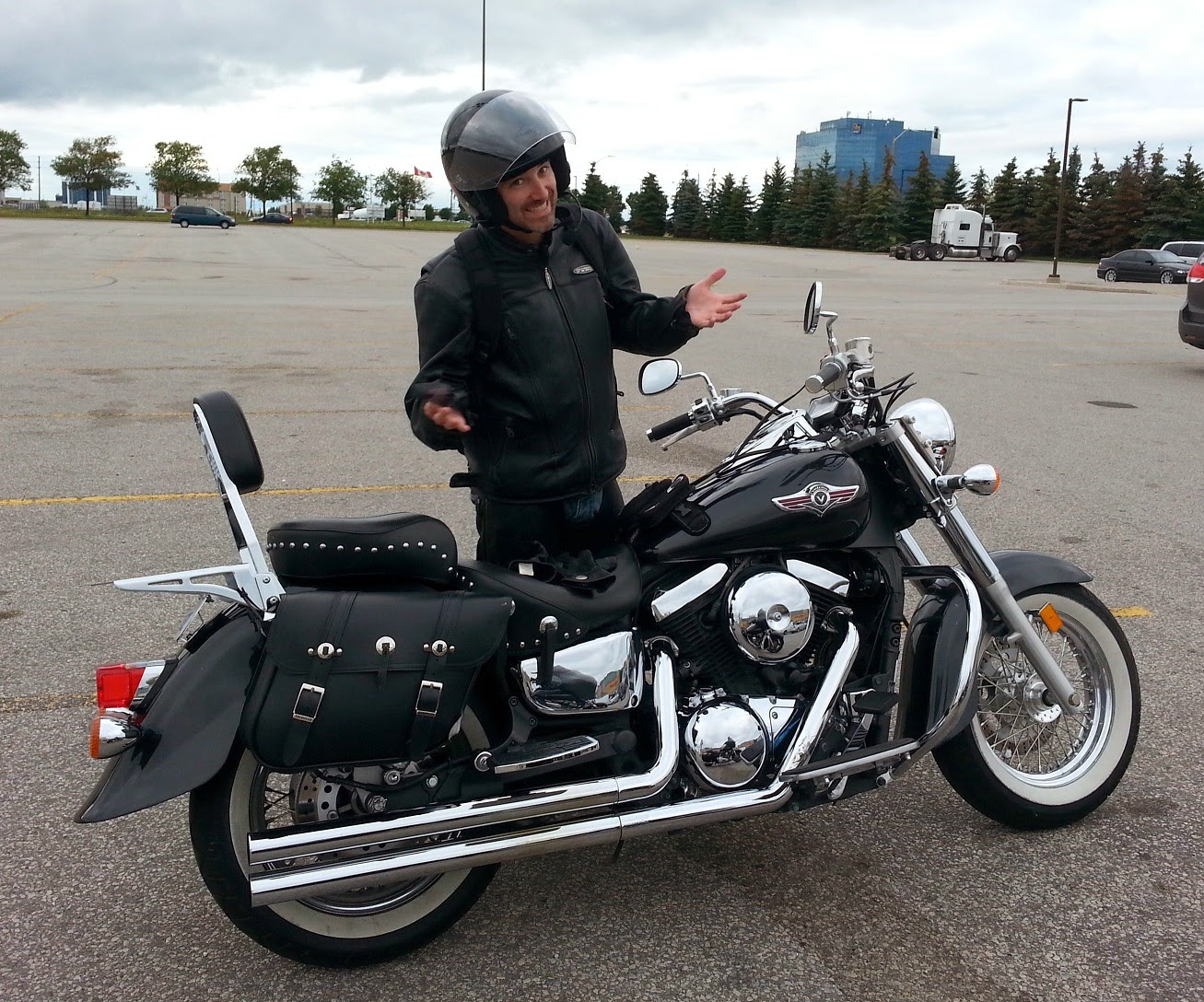 Starting in July this summer, Richard will be hopping on a motorcycle with a few supplies and taking off on an exploration of Canada.  Along the way he'll be talking all things #OpenData at City Halls, coffee shops, community centres and anywhere engaged people and music are to be found.

Unlike a political leader's campaign, Richard isn't out to promote himself; he's out to connect people to what's rightfully theirs - community, public data, the levers of government.

While he's not looking for photo ops or press hits, some of us love the concept of his tour so much that we're working on creating a website where people can record video of his journey and their own take on Open Government to crowd-source a documentary (or documentaries) that demonstrate how this open-stuff works in practice.

Expect something magic to come of this journey.

After all, Richard is the guy who brought together senior bureaucrats from Ontario and Toronto, Microsoft, engaged citizens, community groups and a very special civics class from Humber Collegiate in a government building to talk engagement will listening to Rage Against the Machine, as well as this guy.

I expect we'll all gain fresh insight into Canada and Canadians with all our magnificent diversity, but also a deeper understanding of all the things that bring us together.  There will be adventures, challenges, new friendships and sad partings along the way, but everywhere Richard goes, new connections will be made.

Which is why Open Government is like a Yamaha motorcycle - it opens up the country for new opportunity, new connectivity and growth.

The #OpenGov movement is a journey towards individual freedom, community engagement and a sustainable society.  Hop on, folks - it's gonna be one hell of a ride.

This isn't a tale of heroic feats; it's about lives running parallel for a while, with common dreams and aspirations.