In a world where we still hear people say 'let the market decide', the market has been brutal to many Ontario families.

It's maddening to hear libertarian, fully free-market supports painting dreamy pictures of rainbows and unicorns (available in various shades and at competitive prices!) if we would just get rid or regulation.
What do they base this on?  You ask them if companies will fail in a free market situation and they'll say sure, that's the way it's supposed to go - those who aren't competitive die off.  But when you replace companies with people, they just don't get it.

No way Jose, they'll say - people have the power, rational actors and so forth; get rid of government and regulation and they'll all just do fine.  Those who don't, well, that's what we make jails for, right? Or the hospital?  But those are costly institutions, so not very efficient.  Privatize them, make them competitive, costs will get reduced and more people will have access?

The political right is at least as naive and optimistic as the political left - a fully free market creates a state of social nature where the weak will literally die off, the aggressive (not skilled) will take the majority of resources and sales, not innovation or accomplishment, will become the driving economic force.

Maybe that works for a while in a country like Canada with a lot of natural resources, but it's not a sustainable economic strategy.

But then sustainability of the nation isn't the overarching ambition of our government, is it?  Hell, they're an empire now - and we know how well empires turn out.

After all, we've see how this plays out enough times before. 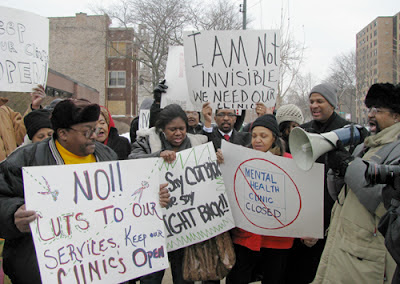