I've been constantly interrupted while trying to write this, meaning it's ballooned, veered and turned into a messy confluence of issues and ideas.  But having put it down, I can always make it tighter in the future, can't I? 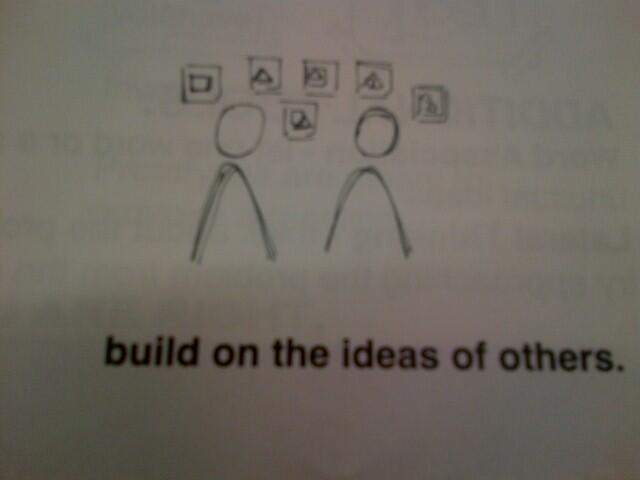 For a long time, political scientists and operatives held the assumption "that voters were really rational," Issenberg said.  That long-held assumption, however, has turned out to be false.  Social science research, especially in behavioural psychology, shows that voters don't decide whom to vote for, or even whether to vote, from rationally analyzing and weighing factors such as the importance of their vote or the candidates' stances.

First, yeah, I'm gonna say it - I liked behavioural economics before it was cool.


That out of the way, there's an interesting contradiction here.  The truth is, political operators don't think that voters are rational actors.
At least, they haven't in all the years I've been involved in politics.

I've heard operators from all Parties use that cringe-worthy term "sheeple", say "we are smart, they are dumb" and chat everything from stacking independent commissions with their people to what messages to feed the politicians they advise to favourably frame issues while sitting in public spaces.

Yup, you read that right - a high proportion of sneaky backroom political stuff actually gets discussed out in the open by operators who assume no one is paying attention.  If you really want to know what's going on in Parliament or at any Legislature, put some people in the nice restaurants and coffee shops thereabouts.  I guarantee there are other folk out there doing this already.

Does that make a lot of sense?  Is that rational?  Not overly.  But if you're confident in your superiority and certain that non-political people "just don't get it", then it almost feels like you're speaking a foreign language others won't understand.

This is a useful frame to consider, because political people often do feel like they are a species apart.

Many political positioners will break the world down into four distinct categories:

Us and Them: These people have their frames and their horses in the race.  The best you can hope for is to encourage your people to come out on E-Day and everyone else's to stay home

The Mushy Middle: These folk are malleable - if you can suss out their driving issues or bugaboos, you can woo them (or make them afraid of the other guys).

Who Cares?: Don't vote.  Perhaps they don't have the capacity to vote or, traditionally, tend not to vote - if you can't either connect to real voters through them/use them as wedge issue pieces to woo the mushy middle/turn on your core voters/turn off they other guy's core voters, then you don't care about these folk, period. 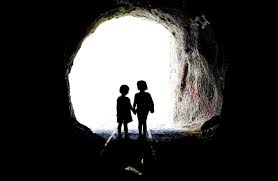 Are these reasonable boxes to use when trying to simply frame people for the purposes of campaign planning?

Are they representative of the complex, multi-faceted and interlocking lives, communities, motivations, etc. that shape our perspectives and interactions?

Of course not.  That's kinda like saying that everyone fits into neat partisan boxes, or "them vs us" categories.

It's simplistic, easy to understand and allows you to shrink your frame down into primary colours, but the world ain't black and white, nor two-dimensional.  To think otherwise, frankly, would be delusional.

By the same token, the brands that partisans apply to themselves and their peers are malleable, too.  We can talk about the political left, centre and right or refer to progressives and conservatives, but you could just as easily frame the picture as "backroomers", politicians and non-political people.

Municipally, dyed-in-the-wool Liberals will support candidates that are declared conservatives, or well known NDP, just as traditional conservatives can back mayoralty candidates who have been their foes in previous political incarnations.  Friends from one campaign can be bitter enemies on the next.

It's fascinating to prod these individuals a little bit and determine how they rationalize their own shifts around the policy/partisan landscape.  They may mention that a given Party or candidate has strayed from where they were or suggest that a politicians of a different stripe that they support shares core values from which they themselves have never wavered.

It's never about needing to have a dog in the race to feel relevant, or personally needing a foe to fight against - that would be illogical. 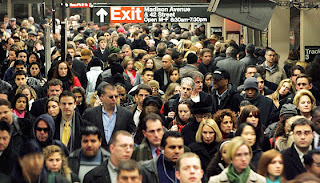 And that's the point.  People aren't rational - and whatever they tell themselves, partisans are people too.  Like an alcoholic who figures everyone else must have a problem, Kool-Aid drinkers don't see that they themselves are as much a part of the zombie hoard as anyone.

Enter the fun field of behavioural economics - or Design Thinking, positive psychology, neuromarketing, micro-targeting or any other variation thereof.  You could even call it psychohistory if you wanted to.  In essence, each are taking a deep dive on the biological why behind individual and collective behaviour and how, as is the case with other big data explorations, looking at the math behind getting individuals and groups to buy what you're selling.

Behaviour, of course, is tied up with cognitive function, which is being poked at in a couple other different ways right now - mental health and employee motivation among them.

What's really interesting about all this elephant-touching stuff is that at the same time as the markets of the world (including Political Parties) are harnessing Big Data and psycho-social metrics to force you to love/need and buy their product, there are emergent processes looking to do the exact opposite thing - deconstruct individual biases, perceptual limitations and socio-cultural stigmas, allowing for conversations to solve the big, vexing challenges of our time.

These aren't one-world governmenty folk or "can't we all just get along" dreamers - these are experienced professionals from government, the private and not-for-profit sectors and all kinds of grassroots communities.

None of these human categories matter, though - they're simply useful terms for framing the conversation in a way that makes sense taxonomically.  You could just as easily frame it as problem owners, data curators and problem solvers.  It's just semantics.

What's key about the people playing in this space is that they're coming to recognize that they aren't all that rational, either - after all, they/we are only mortal.  They're learning to go into communications/policy processes with the assumption that they don't individually have the answer or even really know what the problem is, no matter how successful or learned they are.  It's a bit like being the Connecticut Yankee and King Arthur's Court at the same time.

There are different names and different variations, with different approaches ranging from Design Thinking to Discuss, Decide, Do but the ultimate process can be conveyed in the neat little parable of Plato's Cave via the Matrix:

Have you ever had a dream, Neo, that you were so sure was real?  What if you were unable to wake from that dream?  How would you know the difference between the dream world and the real world?

You're here because you know something.  What you know you can't explain, but you feel it.  You've felt it your entire life, that there's something wrong with the world.  You don't know what it is, but it's there, like a splinter in your mind, driving you mad.  It is this feeling that has brought us together.

The people attracted to the concept of Open Data and a Responsible Society recognize that much of the stuff we have come to take for granted - money is the key driver for success, some people are just bad seeds, top-driven organizational structures are the most effective, etc. - isn't all that accurate.  In fact, the more data we have, the clearer it becomes our whole society of wrapped in an Emperor's cloak of inaccurate assumptions and outmoded conventions.

How has this come to pass?  Why is it the people most likely to succeed in the system as-is are the least likely to recognize and be prepared to adapt to structural changes?

Traditionally (and this goes back not years, but millennium and deep into our genetic hard-wiring) our societies (and other primate societies) have dominant figures who serve as "head men" - where they go, the people follow.  These leaders get the lion's share of the resources, but in turn are expected to fight any actual lion that shows up.  The ability to dominate was/is therefore intertwined with the notion of leadership.

We, as a society, tend to reward confidence.  Part of us wants to know that we are protected by a strong, overarching figure that keeps the bad guy at bay.  Part of us feels we should go where they go.  No surprise here - it's genetic hardwiring.  We see manifestations of this follow-the-saviour complex in everything from religion to political messaging that suggests only candidate X can stop the bad guy.

The Open Data/Design Thinking/Question Everything crowd is disrupting this process, disrupting even their own instincts in the process.

Last week I attended #DT4i (Design Thinking for Impact), a Design Thinking primer course hosted by Exhibit Change.  The course made a point of disrupting process, introducing new process, then blowing that up as well.  It invoked, then removed a set direction; parameters changed, group dynamics changed, we changed.

It was a bit like boot camp - the intent was to disrupt how participants looked at each other and at problems, developing, through interations, the ability to recognize when an assumption might be obscuring the real world and sense when feelings or personal biases were steering us one way or another.

Instead of going with our gut, snapping at those who disagree with us and closing loops as quickly as possible, we began looking for synergies, focusing on complimentary ideas and skills and constantly tested assumptions and potential solutions to ensure we were creating something designed to last.

So what happens when you have political people at the top who are unwilling or unable to question their own superiority employing neuromarketing and micro-targeting tools to score bigger wins rubbing up against growing masses who want everyone to know how the sausage is made so as to promote healthier choices for all? 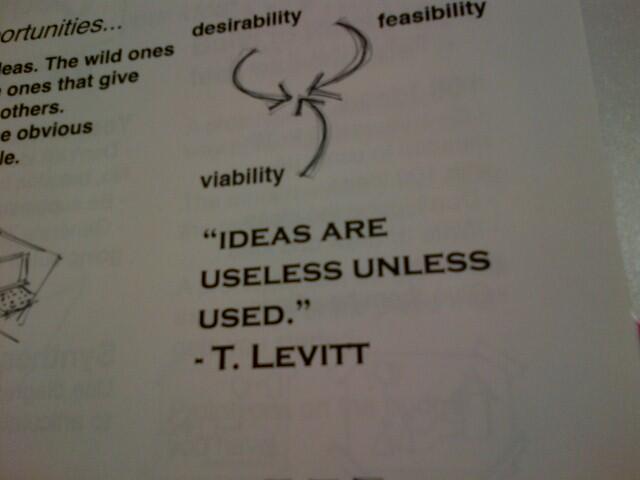