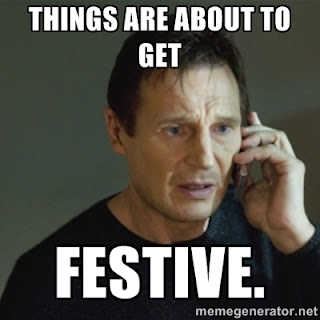 It's that time of the year - the time when the the friendly, collaborative people at the Centre For Social Innovation sharpen their knives (or at least, spatulas) and bring out their smack.

Well, at least that's the theory.  So far, this year's been quiet - really, it seems like Team #12Days are the only serious players in the running.  Which I get - we are kinda hard to beat.

And we will be counting the 12 Days to Smackdown, giving all and sundry a walk down memory lane of the incredible journey CSI, under the guidance of the amazing Tonya Surman and supported by an incredible cast of characters, has taken from then to now.

On the 3rd Day of #SmackdownCSI, @tonyasurman gave to us:

Shakira’s hips weren’t lying. Stephen Harper became Prime Minister of Canada. Ontario and Quebec were rocked by a 4.5 magnitude earthquake. Fortunately for Canada, this was also the year The Centre for Social Innovation became a global face for social innovation through speaking engagements around the world. Someone had to pick up that torch!


On the 2nd Day of #SmackdownCSI, @tonyasurman gave to us:

The Martin government falls with a no-confidence motion, same-sex marriage becomes legal in Canada and the Canadian Disaster Assistance Response Team provides post-tsumnami support to Sri Lanka. Of course, the biggest news of 2005 – that was the year Eli Mansky joined the Centre for Social Innovation team.


On the 1st Day of #SmackdownCSI, @tonyasurman gave to us:

In the year Leonardo Dicaprio took to the skies as innovator Howard Hughes in The Aviator, a dynamic group of changemakers (including Tonya Surman) opens the doors to CSI – a new home from which 14 founding members took flight.
Posted by Craig C-E at 23:45