Some Advice for Tim Hudak via Leslie Noble 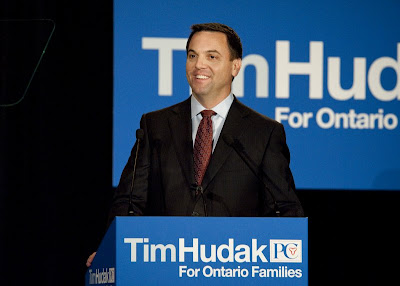 For his trouble, Mr. Hudak has received a cease-and-desist letter from the Premier's counsel.  But the bigger concern for his Tories should be that he has served up a reminder of why many Ontarians have struggled to warm to him.

I've had the privilege of learning from many of the brightest political operators in the country over the years.  It may surprise some that the best, most enduring advice I've received from any of them came from Leslie Noble.

Many moons ago when I was in her employ, Leslie gave me this sage bit of wisdom: "in this business (Government Relations, which is really just an extension of politics), the client's best interests has to come before all else, even your own partisan feelings."

As a Conservative, she was referring to then-Premier Dalton McGuinty.  She then mentioned a couple of brilliant wins she'd scored for her clients (to learn more about her services, visit here) that the Liberal Government she opposed was also able to cite as wins.

Her message was plain; in a service-based industry, the client comes first, period.

This is a piece of advice I've turned to again and again over the years as I've seen leaders in the public, private and Not-For-Profit sector lose sight of this mandate and shift to focusing on their own interests.  Inevitably, these bosses fall.

It's a great tragedy that Tim Hudak has Leslie Noble in his corner, but is failing to heed her advice himself.  By focusing so intently on getting hits in on his opponents, Hudak is failing at his responsibility to serve both his Party (his antics have yet to help bolster their numbers) or the people of Ontario (how many opportunities for legitimate opposition over misguided initiatives has he missed because he went for the over-the-top attack?).

What's even worse - he's either forgetting or simply doesn't know that, to most Ontarians, there's no difference between Parties or leaders.  When one Party Leader blasts another with the basest, crudest of attacks, they wear more than a little bit of the blowback.

By focusing so narrowly on short-term partisan hits, Hudak is chipping away at public faith in the institutions of Government and Parliament themselves.

I don't expect Hudak to listen to me, to the countless reporters telling him he's gone over the line and he clearly won't listen to his Opponents, but one would hope he'd heed the counsel of one of his own advisors.

When it becomes about wins for yourself rather than service for the people, you've lost.