Rules?  What rules?  The Globe and Mail has clearly missed that the only rule that matters when a Party feels they have an empire - they act, they create their own reality... they're history's actors.  All of us, we're just left to study what they do.  We commit sociology by studying, they just do.

Which, of course, is the ideology that's fueling Stephen Harper and his point men/women (but not, I would say, his whole Party).  Poilievre is poster boy for the smug entitlement that has corroded the institution Harper inherited from Preston Manning.

But there's something else going on here, something meta that the hyper-partisan and delusionally confident mud-slingers like Poilievre are missing (when you feel like you shape creation, you do tend to miss both the nuances and the bigger picture).

First - does no one else see the irony in any Members of Parliament (which serves the sole purpose of holding Government to account) serving as Government (so, holding themselves to account?) now reshaping the laws around democracy to better suit their interests?  It's like Magna Carta in reverse.

This is a key point I don't think enough people are paying attention to.  We've gotten so used to relying on Parliamentary traditions and conventions that we forget just how much of the current operation of Parliament is not reflected in our Constitution.  In fact, our Westminster Parliamentary system wasn't actually designed to have Political Parties duking it out over which gets to form the Monarch's government.

It's no wonder our politics have gotten so squirrely and that Party Leaders now serve as partisan lords and stand-in monarchs both.  Political Parties evolved out of the Restoration, when the Horse Drivers (Whigs, now called Liberals) and Outlaws (Tories, now called Conservatives) were at odds over the religion of the King.

Is it any surprise we now have Governments acting like Monarchs and focused on doing whatever it takes to win majorities so they can act, essentially, like empires?  When they are accountable to themselves only, who's to stop them?

Which brings us to point number two. 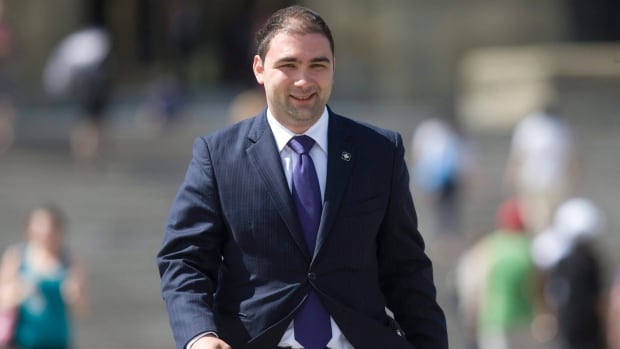 Given this reality of win-focused, self-serving partisan groups (largely directed by unelected, unaccountable to the people backroom operators) it's no wonder why there has been a notable shift in how civic protest against the closed-door, unrepresentative nature of our politics is manifesting itself.

While the tough-minded alphas at the top insist that people are sheeple and that any changes they implement are etched in stone, discontent with the system entire (and the people nudging it away from true democratic operation) is swelling.

Occupy was a lot of noise, little action and has been easily dismissed.  Idle No More brought more action to the table, but has not been seen as a wide-spread movement.

It's really hard for people who don't believe in committing sociology to recognize emerging social trends until it's too late.

Both Occupy and Idle No More still exist, but more importantly they have fed into a longer-gestating Open Data movement that's started within bureaucracies and aims to completely transform how our government functions.  The partisans can bark orders, micro-manage and catalyze all the scandals they want; they come and go from government all the time.  The Public service has to take a longer-term view and, as such, is becoming much more strategic in how it both plans and positions policy for their "political masters."

That's before you take into account Samara's almost ethnographic deconstruction of our system's failings, non-partisan GOTV training for less-likely-to-vote (and therefore, be engaged by partisans) communities and of course, the broader Open Data/Open Government movement.

Make no mistake - there is a movement out there, and it's growing stronger.

You can call it the Canadian Spring (which, as a Game of Thrones fan, I enjoy) or, for historic relevance and bodacity, the Peaceable Revolution.  However you brand it, the direction is clear - change is on the horizon.  The further this or any government tries to tighten its grip, the more public trust - including that of their own partisans - will slip through their fingers.

In trying to recreate a mythical past, folk like Poilievre aren't further entrenching their power for perpetuity - they're merely expediting their fall from grace.

Which is why it pays to commit a little sociology every now and then; it actually helps overcome blindness.