Functionally Fixed Antagonism is not Leadership

Two news stories that stuck out for me today: 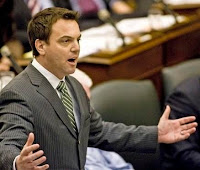 1:  Tory Leader Tim Hudak says he won't back down after being slapped with a libel notice from Premier Kathleen Wynne over accusations she was behind an alleged plan to destroy documents in the gas plants scandal.

Hudak did back down (at least for the camera) on his Right To Work push but by and large, he's got a track-record of obstinence.  It's his way or the highway; there's no middle ground.

2: The councillor said security guards spoke to him and asked him to tell the mayor there was a private function occuring in the lounge, in an effort to stop him from repeating the allegation.

I did, but he was adamant that, 'No, that's not the reason'... He's very opinionated and you're not going to convince him otherwise."

Rob Ford doesn't back down, period.  He doesn't waver, no matter the evidence that negates his positions or demonstrates the harmful nature of his actions.  He is, after all, Rob Ford.

There is something to be said for an unyielding commitment to a vision or set of principles; the road forward can be fraught with hardships and temptations.  But neither of these gentlemen have a vision, not is there anything in particular that they stand for.

Both men are vocal about what they stand against - government, social service, consultation, anyone they deem as opponents, anyone who thinks differently than they do, anyone who calls them to task for their own mistakes.

Hudak, by his own words, has never lost an election - some other organization has always interfered and taken victory from him.  Ford didn't lose his mayoral powers because of his erratic, illegal, disruptive behaviour - it was taken from him by greedy leftists.  It's almost like they're begging for power enough to silence these competitors permanently.

There is clearly an appetite for this sort of reactionary behaviour; on every single campaign I have door-knocked on, I have heard tales of resentment from parents who feel their kids can't get jobs because immigrants have preferential treatment, disgruntled taxpayers who don't think they should be subsidizing social services for people with disabilities and voters mad at private corporations for hoarding capital and yet bemoaning taxation. 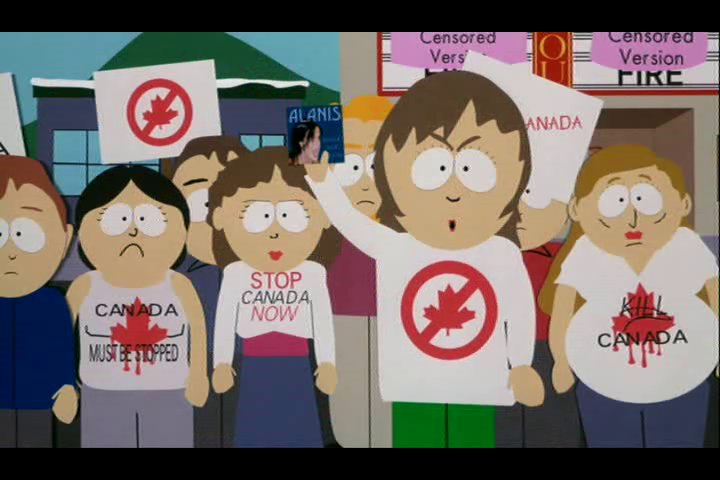 Bitter and disfranchised voters aren't looking for structural solutions - they are looking to see someone else face some form of punishment.  This is the resentment that the Fords and Hudaks tap into, pouring gas on social unrest and promising to crack down on those a given voter block dislikes.

It's cheap, populist politics, but more than that - it's what Tim Hudak and Rob Ford believe themselves.
They are the embodiment of how they think the world should work - attack, deflect, claim all wins, blame others for all faults and failures.  In this model, victory is achieved by being the last man standing - which is hardly a good model for leading a city or a province.
The grand irony in this is bears repeating: both men claim to be champions of individual responsibility, but are allergic to accountability.

This may be good practice in terms of advancing one's career - we're all greasing the squeaky wheel and all - but leadership isn't about personal advancement.  It's about leading.

Leaders study the entire terrain and understand how various paths intersect; they can't afford to put their blinders on, because they plan for long-term sustainability.

Leaders are conduits, not stumbling blocks - they actively seek out the opinions of others and constantly seek to empower people to be part of the solution in collaborative fashion.

Leaders are unafraid of taking responsibility for failures, because they understand mistakes for what they are - prototype experiences and opportunities to learn and improve.

Leaders have no interest in blame; that's regressive.  They are focused on solutions; instead of saying "you were wrong, you're a bad person" they say "what led to the result we have and what can we do to improve the outcome next time?" Most importantly, leaders do not give in to cynicism or bitterness and certainly don't express such feelings to the people they lead.  People don't look to leaders for desperation - they can and do despair all on their own.

They look to leaders for inspiration.

Neither Tim Hudak or Rob Ford care a whit about inspiration; they are far too busy fighting against to see where their antagonism leads.

Which is why neither one of them will ever truly be a leader.