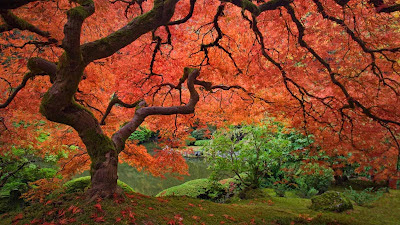 Noticeably absent will be former Liberal prime ministers, Senators will have no special status, and delegates - about 3,000 are expected - will vote on a resolution banning them from national caucus, confirming Mr. Trudeau's recent decision to make senators who were appointed as Liberals sit as independents.

Justin Trudeau has positioned himself as the voice of change in Canadian politics.  His team has come to the conclusion that a coalition of middle class, youth, and a few other key demographics can buy this message and vault him to the PMO.

To distinguish himself as different from what came before, he has strategically distanced himself from some established political staples.  In times of old, it was common wisdom to surround yourself at big conventions with the winningest faces in your Party's history, hoping some of their shine will rub off on you.

Not ironically, there are more than a few would-be Liberal candidates out there who spent more time selling their tenuous links to Trudeau than trying to define their own vision and brand.

There's no question that something has to change in Canadian politics; our system has gone off the rails, with partisan convention trumping the actual constitutional functioning of Parliament and government.

The system as-is offers little shelter to every-day Canadians.  Even MPs don't know what they're supposed to stand for or who they're answerable to these days; on paper it's their constituents, but everyone knows the balance of power lies in the hands of the Party, not the People.

What good is a strong hand at the till if not everyone is allowed on the boat?

Which is why I think disbanding the Liberal caucus was a good thing, in principle (which isn't the same thing as smart politics, but I digress).  There have been disparaging words thrown his way for dismissing loyal Party stalwarts and "kicking them to the curb."  While I can understand the sentiment behind that feeling, I think it's really a symptom of the culture of entitlement that pervades our politics.

The once-Liberal Senators haven't been kicked out of the Liberal house so much as they've been set free to follow their conscience instead of partisanship interests.  And that's what the Senate is supposed to do.  In fact, partisanship on the whole is more convention than the law of the land - it has its value but often becomes a thick lens that obscures our politicians' ability to see and hear Canadians.

But I don't think it's smart to completely distance oneself from the past, good or bad.

1) Canada is a temporal creature that must be understood in the context of where we've come from to properly determine the right course forward.  Engaging with leaders of old is about more than just borrowing their brand; it's about receiving their counsel.  What's been tried before, what didn't work?  What meta-trends have they seen form over time that younger people might be able to read about, but not feel and understand in their bones?

2) Today's seniors were yesterday's youth.  If you turn your back on the past, you are choosing not to represent those who shaped today's present.  It's bad for policy, bad for image and equally as important, it sets a precedent you might not like.  History shows us how this works.

3) Those who fail to understand history...  I have been involved in a few leadership campaigns where relative Party "outsiders" decided they were going to change the system that they felt was flawed and exclusionary.  They were determined to "do politics differently."

Once they won, that is.  When it came down to the brass tacks of political logistics, I saw nothing different between their operation and the operation of the establishment.  Top-down hierarchies, closed-door meetings of insiders, divide-and-conquer strategies, so on and so forth became the fire in which this opportunity to do things differently would be forged.

You cannot do politics differently by simply switching the paradigm and leaving those in the ivory towers and skyscrapers to rot.

4) Canada's future must be built on common ground.

We cannot talk about big tents or moving forward together if we are consciously leaving people behind.  It's as simple as that.  This isn't cheap rhetoric or an idealistic fantasy - it's fact.  The greater the collaborative diversity, the stronger our chance of successful adaptation.


From severe weather to increased political unrest in places that have been stable for generations, things are changing out there.  We need all hands on deck to weather the coming storms.

So yes to sunny ways, to the essence of good leadership - which is persuasion, not force, and setting the example, not micro-managing from afar.

But a tree without roots cannot hope to grow far and it never hurts to carry an umbrella.  That's the sort of experienced wisdom our elders have to share. 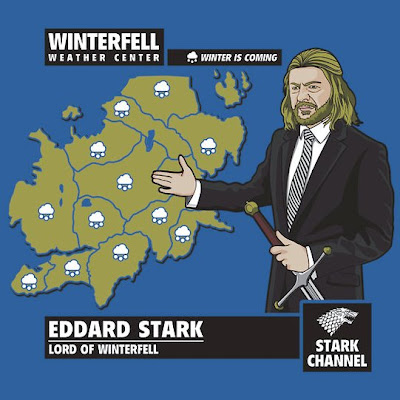