I'm doing a presentation about this on Sunday.  It'll be the first time I've presented to a group this way in years.  It may be recorded; wish me luck! Before we can talk about what Open Government is, we need to have a bit of clarity on how government works.

In front of you is a sheet labeled “About Government.”  I want you to harken back to your high school civics classes and see how many of these questions you can answer:

If you had some trouble with these questions, don’t feel bad – you’re not alone.

In 2008, Canada faced a Parliamentary Crisis; the Opposition Parties in the House of Commons took issue with the content of a fiscal update presented to Parliament by Prime Minister Stephen Harper’s Governing conservative Party.

An agreement was made between the Leaders of the various Opposition Parties to vote down the update, triggering a federal election.

Instead of letting this happen, Harper went to the Governor General to request prorogation – essentially, to shut down the Legislature and hit the reset button, neutering the Opposition’s ability to bring down the Conservative Government.  Then-Conservative House Leader John Baird explained the tactic to avoid an election thusly:

In short – Baird was suggesting that the Queen’s Government go over the heads of her own representative (the Governor General) and over the heads of the people to whom they are accountable (Parliament).  Not something I suggest you try at work yourself.

An Ancient Rite: From Absolute Monarchy to Responsible Government 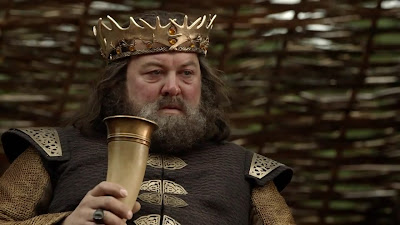 Canadians do not elect their government, nor is that government constitutionally answerable to Canadians.  It’s not even in our Constitution that what we think of as government (Prime Minister, Cabinet) have to be elected officials.

Canada is a Constitutional Monarchy whose basic governance model dates back to 1066 and the beginning of feudalism in Britain.

At that time, there was no notion of the commons, no concept of citizen engagement and ideas like transparency and accountability weren’t even thought of in abstract.  The Monarch’s rule was absolute; the role of Privy Council (of which Cabinet is a sub-committee) was to advise and provide administrative support – which is why we refer to Ministers of the Crown today.

Parliament didn’t have its beginnings until almost 200 years later when Britain’s feudal barons
forced the first restrictions on the Crown and its Ministers, putting on paper that no law could be made or tax imposed without their approval.

This was the beginnings of what we now call Responsible Government.

For British colonies like Canada, this meant having the Crown’s Ministers responsible to our own Parliament, not one that existed across the pond.  There’s a plaque in the Nova Scotia House of Assembly which commemorates the “Peaceable Revolution” that led to the first example of responsible government in Canada.

But where do every day Canadians fit in?  We elect Members of Parliament, the people who hold the Crown’s government to account on our behalf.  We don’t vote for governments.

Neither has always been the case.  Ministers of the Crown used to have much more independence and a lot less coordination as they administered their files.  As recent in Canada as the 1960s, the PM was seen as “first among equals” rather than The Leader.  While increased coordination between Members of Cabinet allows for more strategic and efficient planning, it also results in a more uniform voice across government.

This is why it’s problematic that bitter partisanship is taking over our Parliament.  To have any hope of advancement, MPs must stay on the good side of their political leaders who either lead government or hope to.  Instead of offering alternative policy suggests, Shadow Cabinets are only fulfilling their role as Opposition Parties.  Our system is designed to work the other way.

In our modern context, it’s the Prime Minister who is taking on the role of absolute monarch with their unelected staff replacing the Privy Council as administrators of the State.

A responsible government is one that is accountable to Parliament, not the Crown.  Parliament is supposed to have access to government information and the processes by which government decides on its policies so that it can do its job directly.

But what happens if Parliament isn’t holding government to account, but playing to partisan interests?  What happens when Parliamentarians either can’t access or absorb all the data they need to be effective in their jobs, or cherry-pick the facts that suit their Party’s interests?

This is why John Baird should be a big fan of Open Government, which Wikipedia defines as “a governing doctrine which holds that citizens have the right to access the documents and proceedings of the government to allow for effective public oversight.”

The Open Government movement is our Magna Carta moment, a peaceable revolution of the people.
Posted by Craig C-E at 22:32