Sales, Terrorism and A Place to Belong 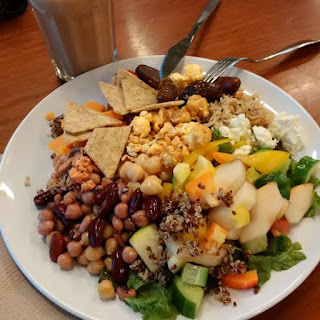 Not something you'd expect to hear from a stranger on a sidewalk as the dark and chill of a fall evening settles upon the town.

The voice belonged to a bright-eyed, brilliantly smiled young woman, beautiful in a wholesome way. How could you say no?  How could you reject that extended beam of warmth and light as the cold lonely shadows of winter creep around you?

I offered her a light smile and shook my head no.  "I'm late for a meeting", I said.

"No worries!" came the cheery reply.  "Maybe when you come back."

The young woman in question was one of the amazing street marketers collecting donations and direct-withdrawal partners for Because I Am A Girl.  The agency they work for is a model anyone looking to hustle for donations should look to - from hiring to scripting to training to presentation, their team knows exactly how to hook in their targets.

My event was a Why Should I Care chat about Syrian Refugees.  How many should come to Canada? What concerns should we have about screening and whatnot?  What's really happening on the ground there - and what is the process involved for settling a New Canadian from a completely different cultural context?

Part and parcel of this conversation - especially in light of the Paris attacks - is the threat of terrorists sneaking in with a mandate to terrorize our society and destroy the fundamental freedoms that make us Canadian.

And you can't talk about terrorism without touching on radicalization.

While our economy runs on money and we in the West tend to look at the world as a series of accounts rather than a societal system, the best salespeople will tell you that value is a personal thing that must be thoroughly understood if you want to close a deal.  Facts tell stories sell.  Don't tell me why I should care about a service, or product, or cause - tell me about why it matters to me.

Largely, this comes down to two things - a sense of empowerment and a sense of belonging.

Yes, there's the stuff you need - shelter, food, some comfort to make the days pass a bit more easily - but beyond all this, there's the need for that something more.

Powerful wealthy people don't keep doing what they do so they can afford another car or beach condo in the Bahamas - they could retire and, if they manage their money well, have all the good stuff others only aspire to and be content to the end of their days.

They do what they do because the status that comes with their actions matters. 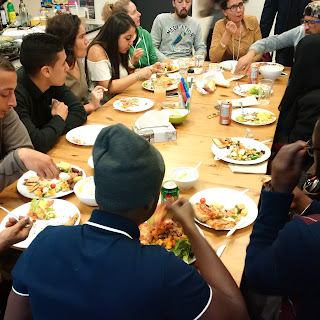 Likewise, people don't join and stick with political parties for the policy - policy positions shift over time and, as have been widely commented, all parties tend to act within the same narrow policy window that appeals to non-base voters.  You need to throw some meat to the base now and again, clearly, but by and large they're there because being a conservative, a liberal or a NDPer is part of their personal identity.

Same holds true for Leaf fans or band followers or any other social tribe - brand, the empowerment that comes with that brand and of course, the basic of being part of a community matters.

Whether it's at the top of the power totem pole or in the pages of history or on the 50 under 50 to watch list or a church group or a terrorist group, what matters most is a place to belong.

You matter to me - I give you status.  I could be your conduit to the place where you belong.

Belonging - that sense of being a welcomed and desired part of a community - isn't a key part of how we do things in Canada.  We're all about the hustle, means-of-production style; I've got the place, you gotta prove to me you deserve access.  And it's all transactional.

Yet we recognize that status and belonging matter when it comes to sales; if we want to make a sale, the key frame and cues will be about that, not the product or service or cause.

Part of the Centre for Social Innovation's secret sauce - the thing that has propelled it to the top of the co-working space paradigm and made it a model that is being copied around the world, with even government exploring its potential - is community, a place to belong.  What was Trudeau's winning line?  You can be part of the change through hope and hard work.

Read anything about radicalization - it could be They Fight Like Soldiers, They Die Like Children or Friction or whatever.  At the base of the process are those two same things things that drive any sale - a sense of status and a place to belong.

A question raised at last night's WSIC chat - "what about the risk of these people bringing their culture in and taking over?"  It's a common undercurrent among anti-immigration arguments; they aren't part of this community and whatever they bring, be it bombs or barbaric practices, they are a threat.

Imagine you are a first-generation Syrian Canadian.  Your parents, lacking Canadian Experience, have trouble finding work.  They start a business of some kind, but business itself fluctuates based on what's in the headlines.  On the news and in media, the only people who look like you are either bad guys or victims, but almost always rural and technologically backwards.  You have trouble finding work, but peers with the same (or less) education and experience than you do get ahead; none of them look like you.

The politicians say "terrorist" and speak of radicalization, and they know they're talking about you. On the subway, you feel the eyes of strangers assessing you as a threat.

Your whole life, you've felt like you don't belong.  That you're unwanted, a cancer on society.

Then a confident, clean-looking young man approaches you on the street.

"Do you have a second?  I'd love to get to know you!"  You matter to me - I give you status.  I could be your conduit to the place where you belong.

That's how it starts.  It could be a gang, it could be a recruiter for a terrorist group - but it doesn't have to be.

Last week, I attended a chat with Dr. Curt Rhodes of Questscope.  He's a white American man who has lived and worked with disadvantaged people in Syria for more than 30 years.  Both his daughters have "Muslim" names.  During the conversation, I asked about the soft element of community integration - status and belonging. Rhodes painted a picture with words of a young family arriving on Canadian soil for the first time, confronted with a whole new world of sights, sounds, people and colours that simply aren't present where they come from.

As someone who's spent some time as a stranger in strange lands, I knew the feeling.

Then, Rhodes asked us to imagine (taking into consideration cultural differences) that someone was there to meet you, embraced you like a neighbour and kissed you on the cheek, then picked up your children and did the same.

Imagine, in other words, that Syrian refugees fleeing the homeland that is a place of belonging no longer touched down in a strange place and were given status as welcomed neighbour right from the beginning.

"It's like we're old friends.  They want to hear about me, they value me - I could belong here."

We talked a bit about how digital tools could facilitate the integration process, how Apps like iamsick.ca could help find familiar foods and doctors who speak native languages.  I through out the idea of Jane's Walks of welcome and community barbeques.

All these things - they can happen, if we organize, I said.

Friends of mine - a married couple - are expecting their first child, a girl.  They are understandably excited.  They're going through the ritual of all expectant parents - getting bombarded with advice by family and friends, planning baby showers and visits and going through all the things they need to properly welcome their baby girl into the world.

Part of that process is picking a name - conveying a form of status.  Who will their daughter be? What will be her name to the world, the thing that identifies both who she is and what her parents want her to represent?

Both parents are insistent on including a First Nations name, either as first or middle.  They have a lot of research to do and want to be respectful, but for them it's critical that their daughter reflect Canada's roots.  In some way, this is a way of giving status to a people who have consistently been devalued, stripped of status (in truly Orwellian status) and have been made to feel as outsiders on their traditional lands.

My friends are both New Canadians - he comes from Algeria, she from France.  Both embody, to me, what Canada is all about; the creation of community, a place of belonging.

I don't have to ask if you're busy.  I know the answer to that one already.  Busy is our default these days - it's why we don't have time for each other.  We're too busy for friends, too busy to communicate with our employees, too busy to give time (especially unpaid time) to causes.

A customer service rep in a store, smiling and chatty when you just want to browse.

A stranger on the street, struggling with English, stops to ask directions - sorry, no time.

A cold-call asking for help - or even someone we asked for help, but turns out not to have what we want (or in the way we want it).

The homeless man on the street.

Our social model has steadily become an unsocial model.  Transactions have edged out relationships. Sales has taken over from engagement, messaging has replaced communication and empathy - reaching out - has given way to selfishness.  It's Objectivism - the exact opposite of community.

When it matters, we still long for community, above all else.  We want to be recognized; we want to belong.

Those who are most susceptible to radicalization aren't poor, or uneducated - they are those who feel excluded.

To me, Canada is an idea; at its best, this country is a social garden with space for everyone. Difference doesn't provide a threat to some standardized, impregnable Canada - that entity never existed.  Canada is ever-evolving, ever-adapting, ever adding new ingredients to the mix and becoming something greater as a result.

The idea of a wave of New Canadians settling on this soil with all the challenges and opportunities they bring is a gift that we can be prepared to accept.

If we can find the time to get to know these New Canadians, they can get to know us.  Instead of risking apathy and radicalization, the furthering of silos, we can show the world a better way - a community of engagement.

The Canada I see is a place to belong.

It's not my Canada - it belongs to all of us.  We all grow it together.  In so doing, we create something stronger and more appealing than terrorist calls to burn the earth and live like kings on the ashes.

Thank you for taking the time to read this and get to know me a little better.

I'd love to hear from you, too.

How might we make this place to belong, together?