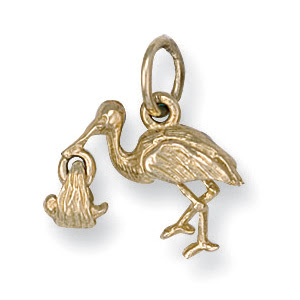 “We need not deplore the renunciation of historical truth when we put forward rational grounds for the precepts of civilization. The truths contained in religious doctrines are after all so distorted and systematically disguised that the mass of humanity cannot recognize them as truth. The case is similar to what happens when we tell a child that new-born babies are brought by the stork. Here, too, we are telling the truth in symbolic clothing, for we know what the large bird signifies . But the child does not know it. He hears only the distorted part of what we say, and feels that he has been deceived; and we know how often his distrust of the grown-ups and his refractoriness actually take their start from this impression. We have become convinced that it is better to avoid such symbolic disguisings of the truth in what we tell children and not to withhold from them a knowledge of the true state of affairs commensurate with their intellectual level.”

― Sigmund Freud, The Future of an Illusion

Do you know what the stork symbolizes?  I didn't have a clue and had to look it up.  In so doing, I saw that there are several layers of meaning, but that there's something pan-cultural about the stork itself as a symbol associated with the bringing and taking of life.

A couple threads lead me to think about symbols, intent and interpretation this morning.

Two nights ago, I was in a room with some amazing thought-leaders and change-makers (including Al Etmanski, who's book Impact is all about changemaking).  Al in particular focused on the concept of patter-recognition and the sorts of people who are good at recognizing big-picture patterns.  Is there a connection between what a person eats, how much exercise they get and how healthy they are?  How about their mood - is that impacted by physical health?  How about environment?

The answer is yes, but if you're looking for quick A-to-B critical paths or low hanging fruit or your next meal, does any of this stuff feel relevant?  Isn't this grasping at straws?  What's climate change got to do with the price of rice?

Everything, but it's a multi-step process to make the connections.  While everyone can do this, it's hard mental work.  Not everyone wants to train their body to an Olympic-competitive state, nor sees the value.  The same holds true with doing painful mental crunches and lunges on a daily basis.

A question I put to Al - how do you explain and prove the relevance of pattern recognition and complexity theory in simple terms?  How do you communicate systems in sound-bites?

ISIS believes the apocalypse is coming.  I'm sure not everyone at the highest ranks does (it's a convenient message, more on that later), though if they get boxed in they'll become true converts quickly enough.

They aren't the first to predict the end of the world, and yet the world keeps on ticking.  Change is real, even cataclysmic change, but survival comes from adaptation, not divine intervention.  There's no good-vs-evil battle in evolution, just a natural process.

Having said that, endings are always used as motivators, aren't they?  YOLO, so enjoy this life.  If you don't get the project done on time, the client is gone and will never come back.  If you don't study really really hard and pass that test you'll fail, and then you won't get a job.  ALWAYS BE CLOSING.

In politics, it's almost always an apocalyptic battle between the forces of goodness and either stability or change vs the four horsemen/opposing parties who will rain fire and brimstone on all that is good. Look at any fundraising drive - it's always pressure, big stakes, tight timelines - you must act now!!

And isn't it in the waning days of a campaign that the dirty tricks come out?  The win, after all, is what matters - and as time runs out, it becomes increasingly acceptable to do whatever it takes to get that win.

Could ISIS be so barbaric if they didn't have an end in sight?  Where does this end come from?

What was whispered to the rose


To break it open


Last night
Was whispered to my heart.
–Rumi

The poet Rumi was an ecstatic Sufi.  Sufism is a branch of Islamic mysticism.  Reading Rumi is like reading Buddha, or Lao Tzu, or Yoda.  Their words are transcendent, laden with symbols and meaning, intentionally challenging because the concepts of which they speak are broader than words.  More often than not the quote is a lesson we're meant to unravel ourselves.

For Rumi, the Rose isn't a flower that you smell, but a symbol for the love of the Beloved, which itself is a symbol for Allah in his loving aspect (Allah has a lot of aspects).

If you read Rumi at a surface level, you're lost.  It can't be done, because the words become gobbledy-gook.

You don't need to consciously know what the symbols refer to, though, as they tend to speak to the individual in ways less conceptual and more emotional.

And the beast which I saw was like unto a leopard, and his feet were as the feet of a bear, and his mouth as the mouth of a lion; and the dragon gave him his power, and his seat, and great authority.

And I saw one of his heads as it were wounded to death; and his deadly wound was healed: and all the world wondered after the beast.

It goes on and on like that - you're free to read it yourselves.  That's the Christian apocalypse; the one from the Koran has a ton of minor and major signs, but refers to very specific stuff like the moon splitting and one-eyed men and Jews making fashion statements with Persian shawls.

So, if those Jews showed up wearing Louis Vuitton shawls instead of Persian ones, it wouldn't count, right?  What about the Romans being the majority?  'Cause the Roman empire is long gone and frankly, Italians, or even Europeans aren't a global majority.  If the sun doesn't rise in the West, do you ignore that and cherry-pick the signs that work in your favour?

You can read the Bible, or the Koran, or any Book as literal - but you can't do that without coming across countless contradictions.  You can confabulate around this cognitive dissonance, but then you're inserting yourself into the text and again, focusing on the narrative that feels right for you whether it was intended that way or not.

Here, too, we are telling the truth in symbolic clothing, for weknow what the large bird signifies . But the child does not know it.

Last point, which brings in the title.

Mohammed reject idolatry because he recognized people had a problem confusing symbols with the thing that symbol is supposed to represent.  He felt Jesus, a prophet in Islam, had become idolized by Christians when it was the good rabbi's message that was meant to be important.

Much the same way money is a conduit, not a prize, but we don't see it that way.

The banning of idolatry was done with rational cause, but the results have gone screwy.  How could Muhammed be proud of the Charlie Hebdo attack when he believed to overcome evil with good is good, to resist evil by evil is evil and if you show mercy to those who are in the earth, He Who is in heaven will show mercy to you?

Most symbols are contextual, too.  They are rooted in time and place.  To try and understand them in the context of the now tends to involve trying to make the now conform to the symbol, rather than adapting the symbol to the present.

The opposite of adaptation, the height of human arrogance.

Yet the human mind can only process so much, on its own.  Particularly in times of adversity, we look to symbols for simplicity, not philosophy, for direction, not for lessons.

Humanity isn't mature enough for that.

So we either insist on taking the word of the parent at face value, demonize the parent for being a deceiver or ignore them entirely, and play by our rules as history's actors until we get caught and reigned in, punished, or written out by the forces of nature we chose to ignore/sought to control.

What maturity looks like is self-regulation, empathy, mindfulness.  Maturity allows us to expand beyond our own interests and simple, black-and-white framing to see the world a bit more clearly, and live in it a bit more responsibly.

The goal is not to control the perceived child nor to cast off or become keepers of the rules, but to become the parent, and help the children spread their wings and fly. 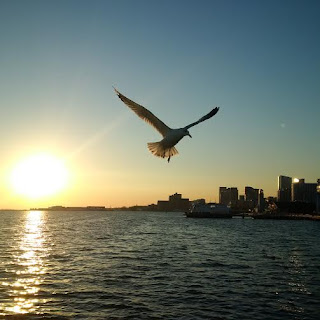