Could Brownell Night Go Federal? (What JT could learn from JB) 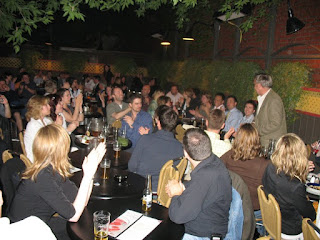 Trudeau graciously thanked Harper, and promised to work with the Conservative Party in the future.

"Conservatives are not our enemies, they are our neighbours," he said.

Lots of talk lately about Trudeau's commitment to make half of his reduced Cabinet women.  Why that's a good thing is clear to many and, over the coming years, will make sense to most: the things that define us shape our world view, our priorities, our challenges and our opportunities.

The more policy-makers can reflect the general population, the closer we will get to policies that work towards everyone's best interests.

Diversity is strength.  The task of leadership is empowering all these different people, perspectives, sectors and systems to be more than the sum of their parts.  A big piece of that is knowing how to listen, make connections, nurture relationships - the stuff of community building.

This the challenge Justin Trudeau has taken on.

It's a challenge my old boss Jim Brownell and I are familiar with, though on a much smaller scale.

Anyone who worked for the Ontario Liberal Party or its MPPs during Jim's time at Queen's Park will remember him fondly.  Jim was a dedicated constituency guy, a strong advocate for rural Ontario and all things history and heritage.  He was also a great mentor and the kind of boss most people dream of having; a retired teacher, Jim had mastered the art of balancing direction, guidance and space to help his staff become the best public servants they could be.

Jim's legacy is written all over Ontario (some examples can be found here) but what political staff remember him for the most is the community incubator he started - Brownell Night.

On the surface, Brownell Night was a simple concept - once a month, Jim would host a gathering at the Duke of York, a pub not far from the Legislature.  Political staff and friends would come together, have a few drinks, tell a few stories, meet some new faces.

Of course what Brownell Night did was something much more profound.

There aren't a lot of opportunities for political staff - especially staff for a governing party - to connect beyond the transactional level.  You may attend some meetings, you may attending some briefings, regional caucus roundups and maybe even a training or two, but on the whole there's no real opportunity (or incentive) to build relationships.

Without relationships, you don't have community.  Community is a breeding ground for opportunity, for idea sharing, problem identification and solution-building.

Community is what creates a whole that is more than a sum of its parts - that turns diversity into strength.  Put plainly, community-animating is the number one function of leadership, and is what Justin Trudeau has set out to do.

I didn't realize it at the time, but what we did - what Jim nurtured - was community animation.

Now that I'm literally writing the book on community animation for CSI Regent Park, I find myself reflecting on the genius of Brownell Night and Jim's unique gift for bringing diverse groups of folk - people from his community, staff at Queen's Park, sector stakeholders, even public servants - together in celebration of the things we have in common.

As Jim liked to say, no deals were ever struck at Brownell Night - that wasn't the point.  Instead, friendships were formed, ideas were explored and new opportunities emerged.  It still tickles me pink that an introduction I made at Brownell Night led to a marriage (the couple just celebrated eight years together - man, how time flies!)

One thing I always hoped to do with Brownell Night but never quite achieved was to make it more multi-partisan.  I felt then as I do now - that if political staff who were often nudged into viewing their counterparts from other parties as foes could hang out over drinks, chat issues and really get to know each other, we could change the "blood sport" nature of politics into something more collegial.

We never got to the point where Brownell Night was as open as I wanted it to be; if Jim had stayed for one more term or if another MPP had taken up the mantle (believe me, we tried really hard to make that happen), I know we could have gotten there.

As it stood, I did get to know a couple of amazing folk from the other side of the political spectrum, in particular Megan Boyle and Beth Corbett).  It's no surprise that we disagreed on a lot of issues.

What shouldn't have been surprising but was - the underlying intent of our positions often turned out to be the same.

Not only did I get to meet and know some amazing people, those two Conservative operatives challenged me and opened me to new perspectives.  I would never have had that opportunity if I'd only looked at them as foes.

To quote another Trudeau: "We can be in total disagreement with someone without denigrating them as a consequence."

Without community, diversity is opposition.  Community is the pot in which different ingredients become a stew of possibility.  Leadership, of course, is what brings it all together.

That's what politics should be and can be - committed public servants, elected representatives and political staff hacking issues and finding the best solutions.

It's totally doable, too.  Jim Brownell proved that.

As the Conservatives and NDP seek to find their footing in our new political reality, there's some consideration being given to Trudeau's sunny ways and what lessons can be learned from his approach.

Trudeau and his team have a long-standing commitment to do politics differently, too, with a clear emphasis on looking at the other parties as neighbours rather than opponents.
There are many ways Team Trudeau can build the bridges of community with their peers, if that's something they mean to follow through on.

A monthly gathering of political staff from all parties would be a great one.

I bet if he were asked nicely, Jim Brownell would even help out.  He's just that kind of guy.

A community builder.  A leader.  A teacher.

Remind you of anyone? 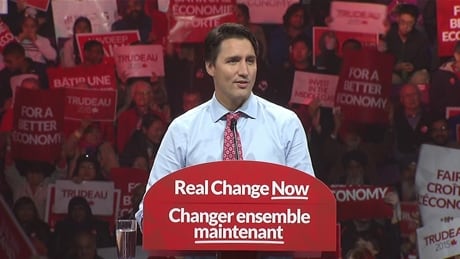