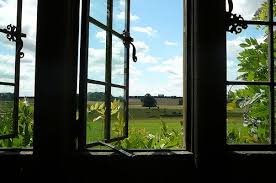 Increasingly the corporate world is concluding that business can’t succeed in a world that’s failing.


There are many narratives emerging in the world.  The negative ones dominate our headlines - corruption, abuse of power, frightening manipulation of the truth, our democratic system, the law, etc.  And of course, war, disease, the Zombie Apocalypse in the form of fundamentalist terrorism.
That's the dark winter threatening to overtake us - the collapse of civilization under the weight of its own failings.
It's not all storm clouds, though - there is, as always, a silver lining - points of light emerging where you least expect them.
What yesterday would have been revolutionaries, trying to burn the system down are today Virtuous Schemers, Hari Seldons of the 21st Century.  Like Irish monks or Islamic scholars of old, they are persevering the best of what came before and experimenting with new ways of thinking, communicating, organizing and thriving.
That bastion of stagnation, the bureaucracy, is a petri dish of civic disruption at all levels one finds dedicated, disruptive public servants who view what they do as a calling, but a comfort zone.  They are changing everything in slow fits and spurts, but aided from all corners of the nascent Open Community.
Some of the best ideas and most powerful voices for collaboration and shared solutions aren't coming from politicians or leaders of the not-for-profit or even religious sector, but from every day folk uninhibited by old standards of success.  These community catalysts are the Open People - they could be your neighbour, or your colleague, or your employer.  And that's a good thing.
It can look awfully bleak, our future - like the only way out is through fire and brimstone.  Such is not the case.
But then, it never is, is it?
Posted by Craig C-E at 20:55