Social Illness and the Ottawa Shooter 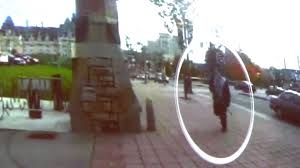 "I went to see the RCMP, I told them, 'just put me in so I could do my time for what I confessed.' They couldn't. So, I warned them, 'if you can't keep me in, I'm going to do something right now just to be put in.' So I went to do another robbery just so I could come to jail," Zehaf-Bibeau said.
Michael Zehaf-Bibeau has been carved into Canadian history, like a scar.  We'll heal and move on, but our history will record the day shots were fired in Parliament in the way it has the assassination of Thomas D'arcy McGee.
But what of the narrative surrounding Bibeau - as he was first reported, Zehaf-Bibeau being the name that eventually emerged?  The immediate assumption when the attack began was that this was a coordinated terrorist attack, likely perpetuated by ISIS, as was threatened by Canadian Farah Mohamed Shirdon.
The on-the-ground reactions were swift - one witness even said they thought they saw a turban, as though turbans are a symbol of ISIS.  Even within Parliament, MPs trapped behind closed doors had visions of a host of terrorists armed with machine guns ready to pump them all full of lead.
Even now, the rhetoric has turned towards ISIS.  It's a convenient narrative, but people want convenient narratives.  That includes politicians, but more because they are human than Machiavellian.  They need to understand what's happening and how to respond, same as everyone else; they just have a larger context to look at.  External threats are easier to objectify than internal ones.
It's easier to stay away from a person who is sick than it is to admit to sickness within ourselves.
Especially when that sickness is of the mental variety.
Zehaf-Bibeau may turn out to have some recent connection to ISIS, or he may not.  In the context of his life, it doesn't really matter.  Had it not been this incident, it may have been another; there were clear warning signs that he would do something harmful to others.
Big picture, yes, it's a jolt to the nation that a shooter got into the House of Commons and put the lives of our government at risk.  That's one problem - the security of the House and our preparedness to deal with the lone shooter or the grander attack.
Zehaf-Bibeau represents another problem, though, that touches on ISIS, but also on gang activity, poverty, homelessness, suicide - and mental health.
What happened Wednesday could and should have been avoided.  Had Zehaf-Bibeau received proper intervention, support and treatment - whatever that may have looked like - everything could have been different.
It doesn't just go for one man, or one situation.  There are countless other might-be Zehalf-Bibeau's out there right now, crying for help through the means they know how.  If we take a laissez-faire view of the world, it sucks to be them, but it's not society's responsibly to help individuals get their act together, it's like leaving open wounds untreated.
Jedem das Seine doesn't work.  Full stop.  We die alone, but if we want to live, we have to do it together.
That's not a race to the finish, leaving some behind and others armed an dangerous, with a reliance on increasing security intervention to make us safe.  It's about investing in each other.
Men who cleave scars into the fabric are remembered.  So to are those with the fortitude to heal it.
With malice toward none, with charity for all, with firmness in the right as God gives us to see the right, let us strive on to finish the work we are in, to bind up the nation's wounds, to care for him who shall have borne the battle and for his widow and his orphan, to do all which may achieve and cherish a just and lasting peace among ourselves and with all nations.