Here's the problem with this.

In a democracy, other parties aren't your enemy.  They are representatives of differing perspectives. There will be points sides agree or disagree on, as has always been the case in Canada - in fact, the three main parties tend to agree on way more issues than they disagree.

Winning is about beating an opponent, though, and politics is about power - not policy, but the ability to be the one who implements it, to the exclusion of others.

So, the war room.

Politics in this country has always been pugilistic, but in my experience it's only gotten militaristic in the past 20 years or so.  In that time, steadily growing teams of opposition research and such has been employed and deployed to disrupt other parties.  Messaging has gone way over the top, presenting foes not as dumb or "not up to the job" but as existential threats.

This kind of "don't legitimise your opponents, even if they've been legitimised by the electorate" stuff is all part of that.

It's putting down the opponent, creating and trying to push your own version of reality.  That pisses people off.  It's pissed people off so much, in fact, that more than a few people are willing to back guys who say fuck you to the "established players" and their increasingly removed-from-reality games.

Which reminds me of the scenario below.

Who do you want to delegitimze Trump to?  Anyone who likes him is going to feel even more justified in doing so, and in ignoring you, if you play these sorts of games.  Everyone else already agrees.

Don't focus on what you call the guy - focus on the people who don't trust you.

Because they aren't your enemy, but you've sure given them cause to view you as theirs. 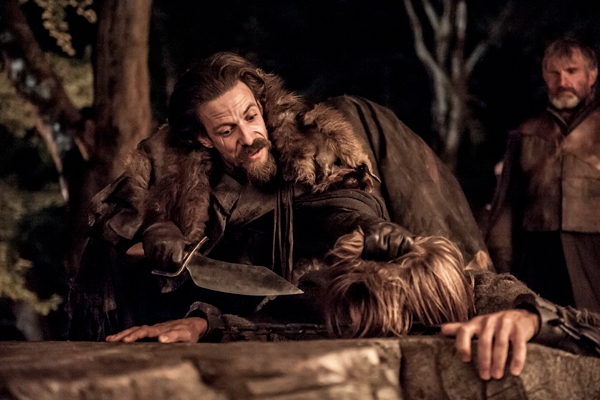