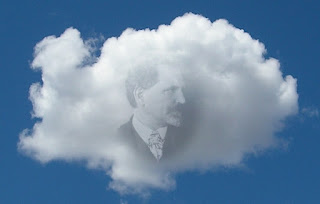 "It lightened my heart to see a Jewish old man mentioning in his story Palestine not Israel. Whereas, many Arab people themselves stopped recognising Palestine. That meant a lot to me."
Said by a Palestinian friend last night at the Lost Airmen of Buchenwald screening.

The man in question was a 94 year-old Austrian Jew who survived the Holocaust. He himself spoke of being in an incredibly gentle camp, nothing like Buchenwald, but the fact that he is Jewish and was in Europe during the Nazi regime by default makes him a survivor.
The goal of the Nazis was genocide, after all.
I'm fairly sure that the man's referral to Palestine is because that's what it was called at the time (we wouldn't call France Gaul today) but there was unquestionably a bit of recognition in his voice that there is contention about the founding of the modern state of Israel.

Today, in a separate conversation, an Arab-Canadian friend of mine commented on that, and quoted Nelson Mandela:

"These Palestinian and Israeli campaigners for peace know that security for any nation is not abstract; neither is it exclusive. It depends on the security of others; it depends on mutual respect and trust. Indeed, these soldiers of peace know that their destiny is bound together, and that none can be at peace while others wallow in poverty and insecurity."

She said that she truly believed that the significance of that plot of land and the conflict for who it belongs to is the thorniest political, religious, social and example entrenched human stubbornness there is. When we have the maturity, humility and recognition of our species not as tribes, but a whole that is more than the sum of its parts required to solve the Middle Eastern question, we will by default be able to solve any such conflict, anywhere.

This thesis fascinated me, as did the impact the Jewish man's simple referral to the land as Palestine had on the Palestinian, and both got me wondering.

Pretty much all the conflict between people comes from misunderstanding; some of it is intentional, but a lot of it is a tragic result of inability to know each other, to reach past what we put out to see them as they see themselves - to love thy neighbour as though they were just like you. The conflict and lack of trust grows not from a threat, but the perception of threat, which really comes down to feelings of vulnerability and of strength/confidence.

We don't see each other as individuals, as we see ourselves; we see a gender, or wealth, or ethnicity, or religion. It's not an instinctive thing to recognise individuals as individuals, and our selves as part of one greater whole. It's not our cognitive starting place.

28 Then the man said, “Your name will no longer be Jacob, but Israel,[f]because you have struggled with God and with humans and have overcome.”
29 Jacob said, “Please tell me your name.”
But he replied, “Why do you ask my name?” Then he blessed him there.

What's behind the name Israel?

From the Hebrew name יִשְׂרָאֵל (Yisra'el) meaning "God contended". In the Old Testament Israel (who was formerly named Jacob; see Genesis 32:28) wrestles with an angel. The ancient and modern states of Israel took their names from him.

It's very easy for me to talk about homelands and nationalities and territory; I'm a white dude from Eastern Ontario, and I have always had a home to return to. Even here, though, I know how society all-too-often treats those without home, or those in the minority. Through much of history, Jews have been an ethnic and religious minority separated from a home - something I believe accounts for much of their suffering.

Everyone needs a home. It's true suffering can lead to strength, no one should have to suffer, not live with the certainty that their children, grandchildren, and great-grandchildren will suffer the same, or possibly worse. Having a home matters, socially; after all, we don't think of the homeless as neighbours, do we?

No one should have their home taken from them. Spiders and flies, or better yet:

The screening took place at the Centre for Social Innovation, a place that is designed to be welcoming to those who put the well-being of people (love thy neighbour) and planet (not ownership of a plot, but responsible stewardship, like a gardener). In the room were Canadians from across the world, of different religions and degrees of practice, different socio-economic classes, etc.

We touched on that thorniest of human, tribal, historical, imposed, religious, everything conflicts with people directly representing both sides of the equation present, and we found common ground.

I love CSI - it's a space where I've done a lot of community-building. From that space, I've collaborated in projects that have broken down walls, built bridges, created opportunity, set the table for the possible. We have, truly, created a whole that is more than the sum of its parts.

As I tell everyone, the secret ingredient behind CSI is easy - there isn't one. The space isn't magic; it's designed with intentionality, but it's really just a space where people can come together, break bread, share ideas, grow community, and be part of the change.

Don't get me wrong - there is conflict in CSI; after all, we're only human. The trick is that when conflict arises, the culture of the space isn't to look to the other person as the problem, but to look inwards and start by understanding why there is the feeling of a problem. Nine times out of ten, what emerges is a better understanding of the other person, of the situation, and ourselves.

What we wrestle with isn't the Other, or any external force; it's our own insecurities, and arrogance, and ignorance.

When we reach deeper, we find the core of what makes us who and what we are - which is the same thing that makes everyone who and what they are. The basics - the DNA, the hard-wiring, it's all the same; it comes from the same place.

Dig deep enough, you find the place where we all connect.

What happened between that Palestinian and that Jew, at the prodding of a Syrian-Canadian at an event hosted by the grandson of Canada's Forest Gump was a little piece of understanding that transcended tribe, religion, even ownership and geography. It took the Israel/Palestine question and turned it on its head - instead of whose land or whose right, it was a moment of "we have both suffered, and let's respect that."

That is perhaps what we're grappling with; touching the divine isn't about territory or superiority, but about recognising that the geography that truly matters is that between us - the whole that's more than the sum of its parts.

When you see the Other as your neighbour, you don't fear them living next to you. When we view the land as a space we steward, we can do better, and do it together.

You can dismiss this all as airy-fairy nonsense, naivete in the face of dark-hearted realities.

That's your right. I can understand your fear. But I don't share it.

My wrestling days are, hopefully, done. Lightening hearts that we may rise together - that sounds like a lot more fun to me.
Posted by Craig C-E at 23:11