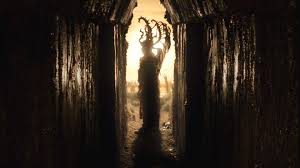 "It isn’t the world at stake, Ender. Just us. Just humankind. As far as the rest of the biosphere is concerned, we could be wiped out and it would adjust, it would get on with the next step in evolution. But humanity doesn’t want to die. As a species, we have evolved to survive. and the way we do it is by straining and straining and, at last, every few generations, giving birth to genius. the one who invents the wheel. And light. And flight. The one who builds a city, a nation, an empire."
What is genius?  Is a genius the person who innovates something new, or who conquers all that came before?
There's no great secret to humanity.  We are a product of evolution, a fibre in the ever-evolving ecosystem.  Truly, we don't matter, except to ourselves.
We yearn to live; more than that, we yearn to have.  But having and living are not the same thing.  The man who builds an empire, who defeats a democracy - they may be history's actors to some but in the grand scheme, they are arterial blockage.
Those who see themselves as superior, or more worthy, or at the least more capable of surviving than others miss the point entirely.  They don't matter.  Their ideologies don't matter.  Our species as a whole is an insignificant drop in the ocean.
But therein lies the real secret of humanity.
The ideological leaders set themselves up as figure heads of causes.  The substance of their cause doesn't matter; if people buy in, then the cause becomes more than the sum of its parts.  People will sacrifice their resources, their lives, even their freedom if they feel the cause matters more than they do.
We don't matter.  Who we are doesn't matter.  Whether we're eulogized or inscribed in history books doesn't matter.
Why?
Because we're capable of so much more.
Not on our own.  Not as islands.
We want to live.  We want to survive.
Nothing lives forever.  Nothing remains the same forever.
Change is the universal constant; genius is the ability to be that change.
Not to freeze a moment in time, for moments don't last.  Not to close off the outside world, for every island gives way to the sea.
Be more than the part you are.  Be the sum.
That's where we end; that's where We begin. 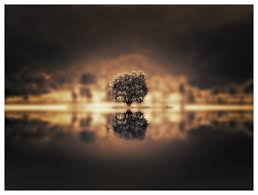