If you knew the Apocalypse were to land in 30 years, what would you do differently today?
This was an interesting question teased by Why Should Care?'s speaker tonight, Professor Franklyn Griffiths.  He was there to talk about Canada's future as an Arctic Nation, but a point raised was more existential.  It's his view that, looking at the big picture of global climate change, we could be looking at an Apocalyptic end to our world as we know it sometime in the 2030s.


Which is not to suggest fire and brimstone, the Kraken unleashed; it's more to the point of the way that we live right now will cease to be feasible.  That's access to food, sustainability of infrastructure, etc.  Think less Noah and think more The Road.  Our world - our civilization - will be consumed over time because we will no longer have the resources, skill, time or knowledge to maintain it.
There will be those out there who tell us this is nonsense, the skittish dreams of self-hating lefties and eco-terrorists clamouring to punish humanity for their own weakness.  Such folk can point to history, all the times we've heard apocalyptic predictions that failed. 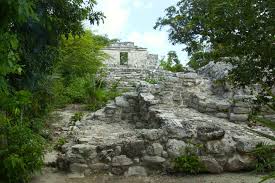 Of course, history has plenty of examples of failed civilizations and populations who've fallen into dark times - everything from the collapse of the Roman Empire to Easter Island fit in this category.  No fall happens over night, but its onset can come quickly.
Still, if Prof Griffiths is right, we still have 15-20 years between now and then.  Jonathan Nolan's got plenty of time to make his Foundation mini-series.  We'll all have to pay bills, look to our kids' financial security, etc. in the interim.  I mean, it's not like you can put your head in the sand and wait for 15 years to pass, can you?
Which brings up a more interesting question.  Let's say that it's a real thing, that the engine of civilization as we know it could sputter to an end in 15 years.  No more public transit, public hydro, no public anything - no highways for the transport of food, no TV, internet, schools, libraries, maintained sewers, on and on.
If you knew with absolute certainty that this was the case - what would you differently now?
I know what my answer is.
Posted by Craig C-E at 23:40