The Winter of Canadian Leadership

And so, my own family suffers.  My spouse lives a roller-coaster existence never knowing when I will leave for a call-in to deal with a crisis.  Not knowing when I will be home.  Often when I am home, I am disengaged while trying desperately to recover from time spent at work.

Even though we are told there is an open forum, any questioning of the norm is met with punitive consequences.  So we hide.  We fake.  And as was said at Ian Matthews' funeral, the drops of freezing rain accumulate.  Drop after drop.  The ice gets thicker until, under the weight, the tree breaks.

It's all the rage these days to be disillusioned at the people in charge, but think about what that means for a second.

We want our politicians to be saints, wise and just, action-oriented yet deliberative, simultaneously delivering the specifics we want and when we want them.  They need to be fully-briefed, informed of every issue and its broad implications, but do so with the bare minimum of resources and funds.  But they also need to be constantly selling, which is a wholly different enterprise from governing.

Police need to be professional, available, well-versed in the nuances of human behaviour, capable of diffusing any situation, respectful of people's time and busy lives, but also getting the bad guys off of our streets.  They need to make us safe, without getting in the way of our living our lives however we please.

Journalists, in their turn, need to be well-versed, unbiased, able to write simply yet eloquently, not jump on opportunistic stories that sell papers but ready to expose the discomfiting realities within our society that need attention. 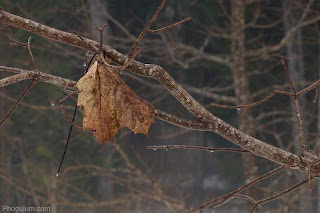 In short, we want our policy-makers, law-enforcers and press to be superhuman.  It's no wonder they disappoint us so regularly and spectacularly, because they aren't super human.  Not a one of them can live up to the expectations we place on them (and often as not, they themselves claim in an attempt to set themselves above competitors).

We keep judging the people we charge with making society work on these failings, casting them aside when they fall or ignoring their failings to make our own role easier.  We can keep looking for that perfect Someone to emerge who will be perfect and immune to human failings, but what if they aren't coming?

The leaders we have are stuck trying to individually be more than they are or at least to appear as such through message control and diminishing opponents to make oneself look better by comparison.  In both scenarios, they invariably fall - sometimes quite publicly, but most often in quiet, unseen ways that weigh heavily upon them and impact the choices they make in subtle but clear ways.

In Human Resources jargon, this is called presenteeism - the act of being at work, but not 100% performing.  It's true that government is remarkably inefficient; it isn't true that the private sector is universally doing a better job service delivery, particularly when it comes to the sort of work that places a high social-emotional impact on its front-line staff.

What happens when the people with the greatest responsibility aren't allowed to be human beings on the job?  They are less effective at what they do, but it's their personal lives that bear the greatest brunt. This means failed relationships and broken homes, substance abuse and road rage.

Occasionally, it results in suicide.

Suicide, addictions, mental health, justice, leadership, information sharing - all are hot-button issues right now, as are economic stability and structural challenges.  These aren't separate issues, residing in parallel but disjointed silos - they all connect.  You can't solve one without addressing them all.

We appear to have two policy strands emerging at present:

One seeks to double-down and instead of addressing structural problems, it's demanding every person become superhuman.  Students need to predict future market trends, master the art of sales, work part-time jobs and yet be active consumers and socially-engaged individuals.

Employees need to be institutions unto themselves.  Civil servants have to do more with less, earn less money and have less stability but remain constantly creative and 100% engaged.  Everyone must be an island unto themselves, yet continuously add value to the economy.

The other, which does not have one active champion, recognizes the reality of behavioural economics; you can't separate work life from private life any more than you can expect a police officer to be a master diplomat yet a tough enforcer or a politician to be a policy whiz and a master salesperson.  We are not islands, nor are we capable of being superhuman.

Which is why the leaders of tomorrow won't be found at the top rungs of power, nor serving as revolutionaries at the bottom.  Instead they are bureaucrats, community activists, even police officers like the anonymous author from Hamilton.

They're out there, right now, quietly making change happen from the middle out.

Canada's winter of discontent is proving to be a destructive one, with unexpected casualties.  Have hope, though - spring is on its way.
Posted by Craig C-E at 10:59