Could This Have Saved Ashley Smith? 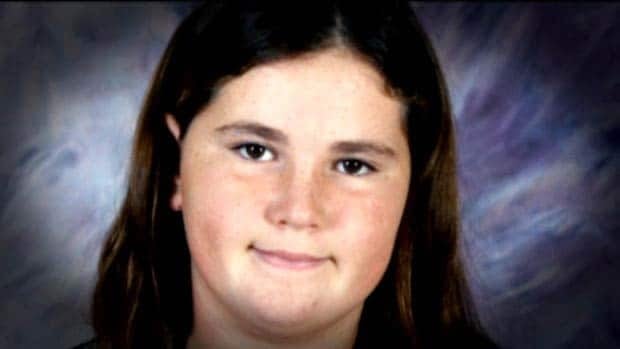 Two six year-olds were playing at recess when one fell.  The girl reacted to her friend's fall and subsequent distress by laughing and hitting him on the back.  This, of course, upset her friend even further, leading the girl, in turn, to laugh even more and hit the boy again as she became more hyperaroused.  The teacher on duty, knowing that the girl had great difficulty with social conventions and controlling her motor actions when hyperaroused, intervened as follows: She showed the girl how to console her friend by softly telling him that everything would be all right.  She then demonstrated for the child to pat her friend gently on the back.  Almost instantly, both children down-regulated.

If we look at this situation and apply how we might instinctively act, we see that there is potential for the teacher to admonish the girl for being too rough.  In this instance, chances are that the girl (and her friend) would have become even more upset and dysregulated.  As it was, the girl genuinely wanted to be kind, but her poor social skills and problems with motor control made this difficult.  With the wrong kind of adult response, the girl might continue to have ongoing problems in the prosocial domain.  With her teacher's keen understanding and gentle encouragement, however, the girl was able to learn an appropriate response to the situation and model it.

According to her adoptive parents, Ashley Smith apparently had a normal early childhood.  When she started to hit puberty (the time when the neural systems of the human brain responsible for executive function start to mature), she started to display anti-social behavioural changes.  From there, Ashley Smith's life spiralled downward into juvenile court and prison, with some diagnoses of mental health issues along the way.

Her sad life ended, as we know, in suicide.

What if Ashley's parents had been able to learn about strategies like the one outlined above and the cognitive science behind them?  What if her teachers or prison guards had knowledge of the neurochemistry behind behaviour and been able to approach Ashley differently?  What if those same prison guards knew to look for behaviour and causes in each other and felt comfortable in providing peer support?

Could such strategies and culture shift have also saved the life of Staff Sergeant Ian Matthews?  What about Canada's veterans?

Of course, this scenario is geared just towards teachers.  It was, after all, included in a teacher-resource manual.

There is no reason why any teacher should proactively be looking to apply such behavioural comprehension and management strategies to a justice system tragedy.  There's no reason a correctional service policy-planner should be reading a teacher resource, either.

We have silo-based systems that encourage people to stay on target, lest they get lost on tangents.

The sorts of cross-pollination ideas which can and should happen don't, and for a well-identified reason that also goes back to cognitive function.  We like to tell ourselves we're rational creatures, but we really aren't.  We're reactive, using fight or flight (or punishment and isolation) when there's a better way.

This is the culture change Don Tapscott refers to when he talks about networked intelligence.  It's the power of behavioural insight the Mowat Centre wrote about.  It's the sort of innovation we keep talking about, but are challenged to actually realize.

It's within our power right now to collectively do something to prevent the next Ashley Smith or Ian Matthews from killing themselves.  We can reduce bullying, reduce crime, increase workplace productivity and positively impact quality-of-life if we can just change the view from looking through a mirror darkly.

Or, we can focus on individual toughness and invest more in crime and punishment.

UPDATE:  But a more precise application of the criminal law, based on a better appreciation of its limits, is not evidence that we no longer know where or how to draw the line.  Quite the contrary: We are drawing it with a sharper pencil.

Who am I to argue with Andrew Coyne?

But a more precise application of the criminal law, based on a better appreciation of its limits, is not evidence that we no longer know where or how to draw the line. Quite the contrary: We are drawing it with a sharper pencil.
Posted by Craig C-E at 21:09