How does one build community?

What's the secret sauce to building an organization, a party or a movement that's more than just transactions, but where the parts add up to a greater whole?

This is Salad Club at the Centre for Social Innovation, Regent Park (located in the amazing Daniels Spectrum building run by Artscape).

While each CSI has a salad club - on different days of the week, so you can attend all of them if you so desire - Regent Park is my favourite.

Apart from having a manager who is one of my favourite people in the world, the big reason for this is that CSI:RP also does this: 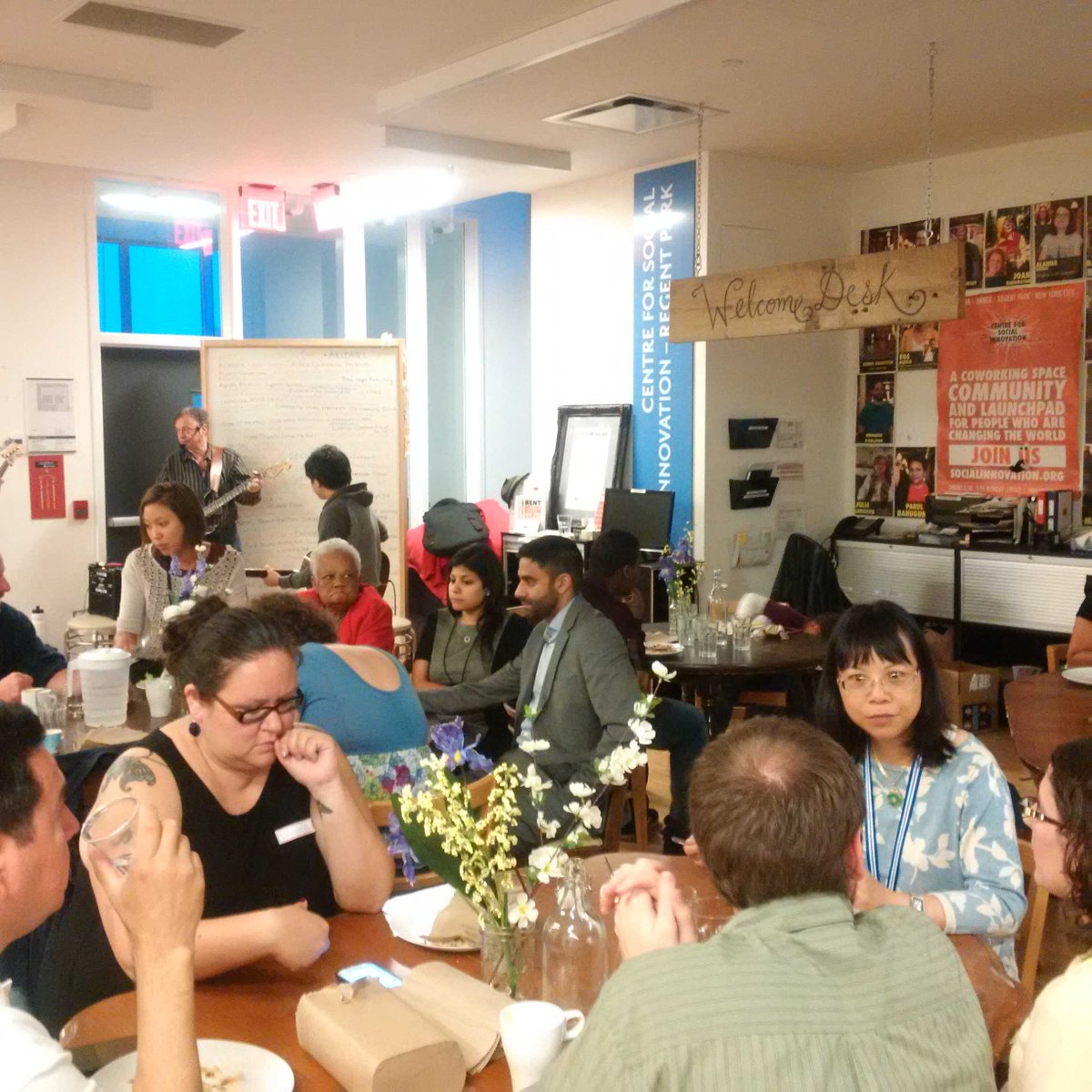 "Food, in the end, in our own tradition, is something holy.  It's not about nutrients and calories.  It's about sharing.  It's about honesty.  It's about identity."


That's the CSI:RP Potluck.  Whereas the Salad Clubs are aimed towards CSI members, the potluck is designed for the community of Regent Park itself.  There's food, introductions, games, an opportunity for neighbours to learn more about each other, their hopes and talents and opportunities and concerns for the future over a meal they make together. 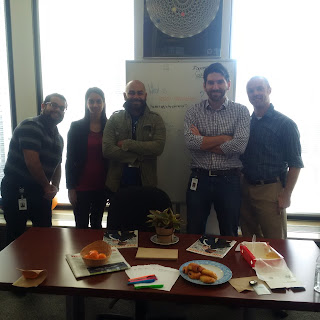 "What I've enjoyed most, though, is meeting people who have a real interest in food and sharing ideas with them.  Good food is a global thing and I find that there is always something new and amazing to learn - I love it!

The Open Government Team at Queen's Park has started their own variant on this theme with the Cookie Club.  Idea is similar - the host provides some basics (in this case, cookies) with guests bringing their own coffee.  There's less "let's create a meal together" - but perhaps that's something they should explore.

As I've written previously, food is at the core of community - the breaking of bread, sharing of the basic essentials and collaboratively building a meal is exactly he same process as building a broader community.  It makes sense that these two things would be so closely intertwined.

There's a movement - or more accurately, the seeds of a movement - forming throughout our society in government, the public and private sectors and in communities of all kinds.  These nascent communities of engagement are collectively looking at the sorts of issues that, individually, we have a much harder time wrapping our heads around - Wicked Problems like poverty, climate change, mental health, etc.

These interactions happen in committees and hackathons, in conventions and coffee shops, at civic meet-ups like WSIC or online through forums like #SamaraChats.  As the different initiatives and groups begin to orbit each other, gravity is pulling them together around common purpose.

At the centre of all this activity, you will increasingly find what you would expect to find: the sharing of food and the building of meals as a catalyst for the sharing of ideas and nurturing of community. 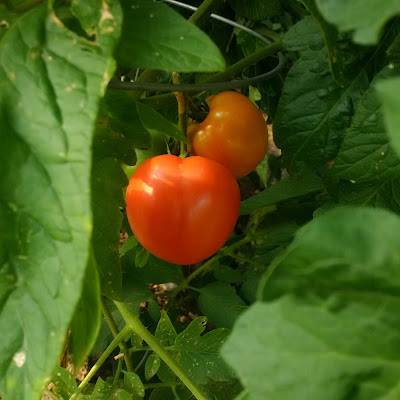 "Come with us, and become gardeners of community."