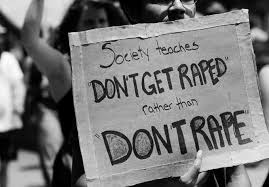 What he said:
I’ve been fired from the CBC because of the risk of my private sex life being made public as a result of a campaign of false allegations pursued by a jilted ex girlfriend and a freelance writer.
As friends and family of mine, you are owed the truth.
Taken on its own, without context, without prior knowledge, it's not a bad piece of writing.  It's definitively his take on the story.  He hits the right broadband social cues; he's been a public figure, he's interviewed big names, he has credibility.  There's even a mention of civic pride and love of country, perhaps a subtle reference to his post-Ottawa Shooting radio essay.
It's just one man's side of the story, though, and not the only one.
Look, I get it. It’s so easy not to believe, when you didn’t Know About Jian. When you didn’t move in the same very broad circles, the same media world, the same wide but only ankle-deep musical pond. And I don’t expect you to grapple with the knowledge easily. I expect that confronting it is hard. I expect you have questions, that you are wondering how to bridge the gap between evidence and belief.
One man full of bluster, confidence and media credibility positioning himself as a champion of sexual freedom and a countering force to the notion of the state or employer (in his case, both) having any role in the bedrooms of the nation.
The stories emerging, though, aren't limited to the bedroom.  They're not the sole providence of jilted exes, either.  There is more that's going on here.
Thing is, it seems like there has always been more going on here.
This is troubling to me because of what is says about the broader culture - something not unique to Jian Ghomeshi, but something deep within the fabric of our social conduct.
If people knew about Jian and sat back, waiting for him to slip up or whispered quiet warnings to potential recipients of his edged affections, why wasn't more done to remove the threat he presented?
He was powerful, to those less so - that means he couldn't be beaten, he could destroy you or in some cases, perhaps the boost he could provide a career made the risks worthwhile.  After all, work comes first, right?  We tell youth that getting a good job and establishing a solid career path matters more than anything else, don't we?

To those who he answered to, he was a star; he brought in the audience and therefore, the money.  Without something headline-making that presented a clear and present danger to the corporate brand and bottom line, whatever happened beyond his professional performance was someone else's concern.
How often does this story play out with abusive employers, manipulative Big Names, devious backroom operators?  There are more than a few renditions of I knew about Jian in political circles that people know but don't talk about, because it's inconvenient.  The same is true of media circles, of business circles, etc.
We choose not to see, we choose not to hear because we don't want to be responsible.
Or, the personal advantages are too great/the risk of personal disadvantages to high to speak out.
We can bring in whistleblower legislation - how well is that working these days?  We can talk about one-off sensitivity training or tougher penalties, but we all know that those only apply to those who are either dumb enough to get caught or not influential enough to be above the law.
How many black youth in Toronto have been arrested for a fraction of the actions committed by outgoing mayor Rob Ford?
I step back and I look at what's playing out from a broader perspective, and this is what I see: a great deal of attention being placed on a symptom almost as a release that enables us to continue avoiding the disease.
Everyone will know about Jian.  Everyone does know someone like Jian.  It's a matter of time before yet another powerful individual uses the resources at their disposal and the trust their public position has garnered them (because you must be authentic if you're on TV, right?) to defend against an outed wrong.
We'll react again, just as we're doing now - lining up to defend whoever we feel is the victim, because of what that means to us.
Ghomeshi isn't the problem.  Whatever his pattern of behavior, it could have been course-corrected to be more pro-social without someone impeding his individuality.  What behavioural cues manifested themselves when he was at school, or at home?  How did his proclivities start to become entrenched and overlooked during his rise to fame?

But then the same principle applies to every abuser of every kind in our society, no matter where they rest on the social hierarchy.
Yet that's a bit too much like accepting responsibility, a bit like suggesting self-restraint or emotional-regulation are part of the broader solution.  We're not there yet.
The problem is the culture in which people like Ghomeshi are able to rise to power and have that power protect them from the law, from responsibility, from consequence.
Posted by Craig C-E at 22:38