The Depiction of Mohammed: The Golden Calf of Islam

A central tenet of Islam is that Mohammed was a man, not God, and that portraying him could lead to revering a human in lieu of Allah.
"It's all rooted in the notion of idol worship," says Akbar Ahmed, who chairs the Islamic Studies department at American University. "In Islam, the notion of God versus any depiction of God or any sacred figure is very strong."

A political segue, then back to Islam.

Political satire has always had a prominent role in democratic or quasi-democratic societies.  Just as much as, say, the US Democrats or the Canadian Conservatives will portray their leader as God-like in their infallibleness and create idolistic images of them, their opponents will crank out lampoons.


Look at that.  Primary colours, up-tilted chin, HOPE - this is Obama as Jesus.
Then we have this - Obama as comedian, as caricature.
Lampooning characterizations such as this serve a societal purpose - they counter the partisan deification of leaders, heads of movements or organizations and the like.  It used to be the case that images were better vehicles to convey critical (and humanizing) opinions of leaders to populations with varying degrees of literacy.  These days, cartoons carry messages to people too busy to read opinion pieces. 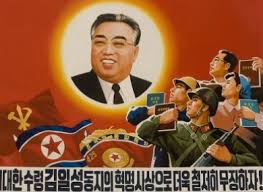 Of course, political parties want voters to think of their leader as prophet-like and infallible; they want voters to believe that only they can solve whatever problems are on the table and keep threats at bay.
It's not for nothing that political rallies tend to follow the same format as evangelical religious services.  It's also no surprise that Kool-Aid-drinking partisans sometimes get really mad when they see their guy or gal made fun of; it's like someone's painting a moustache on their Mona Lisa.
They've invested in that leader, they don't want to see him or her devalued.
It's idolatry, basically - we transform individuals into creatures of mythic proportions and ascribe to them all sorts of powers and expectations that exceed their humanity.
And it's not just partisans that do it - we all do it.  We turn celebrities into role models and damn them for human frailties we justify in lesser beings (like ourselves).  Similarly, we ascribe meaning to things beyond the purposes they serve.  Brands are the best example of this, but you could refer to hammers and ploughs as symbols of peace or a flag as a symbol of a people and ideology and say the same thing.

By the same token, traditions that serve a purpose at one point in time will be retained long after that purpose has disappeared, and take on new, ascribed meaning.
In Westminster Parliaments, Speakers are, by tradition, escorted to their chairs.  There was a time when this was a practical thing, because being the Speaker wasn't a desirable position.  Now Members of Parliament actively want and campaign to be Speaker, but the tradition remains.
In  Korea, it's polite to touch your wrist with your free hand while pouring tea or shaking hands.  Why?  Because at one time, traditional clothing had longer sleeves that had to be pulled out of the way for these functions to be filled.

We're creatures of custom.  We rely on symbols to understand and communicate our world.  We have a habit of embuing powers and magic to symbols beyond what they have themselves.
We are, in essence, idolaters.
“Do not be angry, my lord,” Aaron answered. “You know how prone these people are to evil."
Now back to Islam.
Like all religions, Islam has taken on new traditions and symbolic meanings over its existence.  Some of its original intentions have likewise been lost or changed through time and interpretation.  These changes, as with all cultural evolutions, follow predictable paths; just as you can predict with some degree of accuracy how a language will evolve, you can safely assume that in any given religion, symbolism will grow and will often end up countering intent.
In Christianity, the Protestant Reformation was a response to this drift.
Let's apply this logic to Mohammed cartoons and run with it a bit.
- the intent behind not depicting Mohammed (or other prophets like Abraham, Moses or Jesus) was to reduce the chance of human messengers being deified as idols in and of themselves.
Given the deification of Jesus (if you're non-Christian and don't believe Jesus was the son of God) and the idolization of the golden calf, that would have made sense.  Behavioural Economics and political marketing only reinforce this message.
- the Charlie Hebdo massacre and other related murders or indemnifications of satirical (and non-satirical) depictions of Muhammad were responses to a perceived blasphemy, ie disrespecting of the prophet.
I don't believe any radicalized self-proclaimed Muslim has taken anyone to task for The Interview, or killed anyone who's lampooned Barack Obama.  Which means they are holding Mohammed to a different standard than other men.  Which, if the premise of "don't depict, don't idolize" is true, means that they're missing the point.
By insisting that Mohammed cannot be caricatured, radicals are doing by omission what they theoretically should be standing against by inclusion - they are idolizing Mohammed as something more than a man.
How would Mohammed feel about this?  Would he approve of the way people are killing other people in his defense?  Or would it make him do a faceplant? 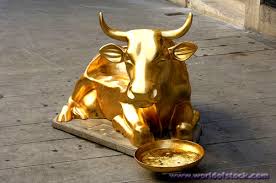 A man is flesh and blood; he can be killed, caricatured, forgotten - but as a symbol, he can become a rallying point or a validation for things like self-dehumanization and murdering one's neighbour.
If the idolization of Mohammed is not Islam, if the slaughter of children is not Islam, then it stands to reason that what is being called radical Islam (as represented by ISIL and the Charlie Hebdo murderers) would be best characterized as something other than Islam.  It's funny in a dark-humour kind of way, when you think of it.
There's plenty of precedent for this deviation from the path in Abrahamic religions, after all.
I won't pretend to have the final answer on this.  After all, I'm only mortal.
Posted by Craig C-E at 12:07