The Politics of Living Within Our Means 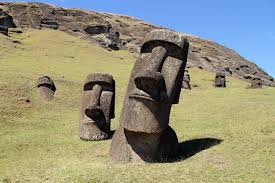 Humans are a very adaptable species.  We've seen people grow used to slums, adjust to concentration camps, learn to live with what fate hands them.  If our future is to continuously degrade our planet, lose plant after plant, animal after animal, forgetting what we once enjoyed, adjusting to lesser circumstances, never shouting, "That's it!" - always making do, I wouldn't call that "success."

I would imagine that a bit of both theories - human degradation of the ecosystem as well as the introduced rat population - are correct.  People like to think in linear, one-off terms; co-morbidity is generally too much for us to fathom.

There's plenty of precedent for each theory (the collapse of the Mayan civilization for the former, the death or decimation of countless species in the Americas from the introduction of humans during the Ice Age through to colonization and even purple loostrife).  Easter Island's not that big a place, after all.

It's the other piece that I find really fascinating, though - the notion of our ability to adapt to ever worsening conditions.  This is totally true, and true for a reason.  Like any species, we are designed to survive, by whatever means necessary.

You're right, this is exactly what the Republicans do, and it's about time we learned from them.  They're more disciplined than we are.  I've been in this business for twenty five years and I have seen way too many Democrats bite the dust because they wouldn't get down in the mud with the fucking elephants. 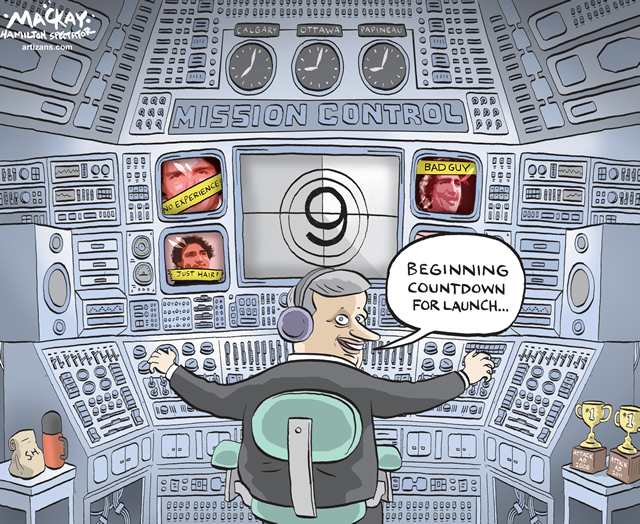 Playing dirty, playing hard, culling the weak and taking every opportunity to muddy or bloody your opponents - that's survival of the fittest.  When there can be only one winner and the prize is power, anything you can get away with goes.  Envelopes get pushed, circles get smaller and eventually, you end up with oligarchies and dictatorships.

It's interesting to note that right now in Canadian politics, as elsewhere, we're seeing political power increasingly focused in the hands of leaders and their inner courts.  Economically, we've got a shrinking middle class, more wealth concentrated at the top.  What's the message both tiers are passing down to the masses?  "You people need to start learning to live within your means, work harder at pleasing us and then you can earn success, too.

The Canadian government is all about living within its means, as in fully exploiting what it has now, full stop.  We've got natural resources, we've got oil - who needs innovation when there's so much to mine right now?  If budgets are getting tight, simply turn off the taps, make do with less.  That's the ticket to sustainability.

This is what the people are doing.  We're increasingly buying our resources at Wal-Mart or the Dollar Store.  The poorest of the labour force are working three, four jobs trying to earn enough money to keep roofs over the heads of their families and keep food in their children's tummies.

Individuals are learning to live within their means, push off home upgrades, buy cheaper stuff, invest less in savings and education.  It's not The Grapes of Wrath, thankfully, but it's early days yet.

At least, individuals with less are learning to make do with less - those with money and access are continuing to live as they have always done, enjoying the finer things, looking for corners to cut, finding ways to download cuts to others.

Therein lies the biggest problem society faces today.  When the increasingly poor are told to live within their means, because the economy can't support them any more, but they see the wealthy living large, they can see something's wrong.

It's all well and good for the haves to tell the have-nots it's up to them to earn more, but when all the resources are in the hands of a privileged few who refuse to share, what is there to earn?

The same thing applies to politics.  When the people who keep the trains running are told to work harder, take on more work, sacrifice more for the job - but see the people at the top passing the buck and taking advantage of expense loopholes - they get a little jaded, too.  It's true for the electorate, too.

This is the mood the current conservative wave has been capitalizing on - those who don't live within their means, be they unions, the poor or the urban elites, have been branded as the bad guys.  But those doing the branding are still living pretty large themselves.

Easter Islanders learned to live more simply, giving up on the trappings of civilization - including complex, hierarchical leadership and specialization.  They also didn't live in urban environments, like most of us humans do now.

Cities are manufactured ecosystems that require people to live beyond their individual means to function; if everyone is a gardener, a clothier and a carpenter, nobody is fixing roads, keeping water clean or putting out fires.

When Cook found Easter Island, people were getting by on what they had, which was less, and had ceased to accomplish great works.  They also had no government.

There's a lesson in this.