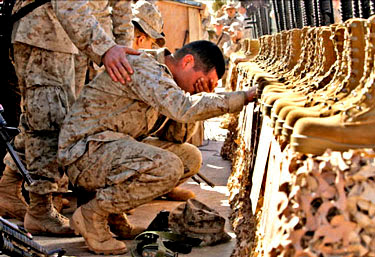 “Mentally scarred and physically wounded, they have had to fight for benefits and assistance — or, alternatively, bear their pain and frustration alone. Families have fallen apart, work has been impossible to find and addictions have caused lives to spiral out of control.”


I have an active interest in how veterans are treated.  My grandfather, Ed Carter-Edwards, served as an Airman during World War II and actually ended up spending time incarcerated at Buchenwald Concentration Camp.  To survive, my grandpa built thick mental firewalls to disconnect from the horrors that surrounded him; when he returned to Canada, the damage was so great that he spent some time institutionalized.  Upon his release, the advice he was given by his military overseers was to keep his experience to himself; to talk about something like that would make people uncomfortable and essentially make him un-hirable.


The more I have learned about my grandfather’s War experience, the greater an understanding I have of how it shaped him and, as a consequence, my father and myself.  It was the undying devotion of his wife and family that helped him re-adapt to civilian life, though the scars are never far from the surface.  I go to great pains to teach my son that it is not okay to absolve oneself of social responsibility; when we do that, everyone suffers.  We owe it to ourselves to be supportive of others.  It’s yet one more reason why I got into politics and why I’m such a staunch advocate for building strong, collaborative individuals for a strong, functioning society. 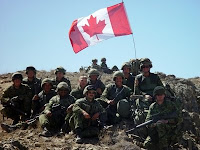 If we owe ourselves a supportive society, we are indebted to our men and women in uniform who sacrifice so much, on so many levels, to give us the security we need to foster that society.  History teaches us what happens when we break that vow.


There’s World War II – there’s also Vietnam.  It was a tough war fought on questionable ground, but the men and women who put their lives on the line did so because that was the personal commitment they had made to their country; to keep it safe or die trying.  The expectation therein is that the country has an obligation back to their soldiers, not to offer a lump-sum of cash and move along, but to help those vets every step of the way.  The US didn’t post-Vietnam – a study in 2007 determined that 1 in 4 homeless people in America were vets. 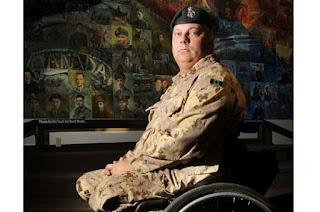 We now have 40,000 Canadian veterans who served the will of government through deployments to Afghanistan.  Some of them have been horrendously, physically injured.  Every last one of them has lived, over there, in a constant state of anxiety for what might come next.  Every last soldier bears the psychological scars that are the inevitable wounds of war.


Canada’s military puts more than their lives on the line when they don our uniform; they risk their sanity, the well-being of their families and their future, should they survive their deployments (tricky thing; if the government doesn't declare war, it impacts a soldier's benefits).  This is more than any employer has the right to ask of an employee, but like teachers, soldiers don’t serve for themselves, but out of their belief in something greater.  They also cannot speak out on their own behalf – that is the level of commitment they make by signing up to serve.  Our obligations to them, to their families and to our collective future must equally be more than contractual – it must be moral. 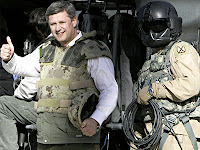 I had assumed Canada has learned the lesson that has played out, time and time again, globally – you need to support your vets.  If you don’t, a couple of things happen; one, they can develop longer-term illnesses, physical and psychological, that impede their ability to function in society.  On worst-case scenarios, you see violence, suicide, or great men found drunk under park benches.  Post-traumatic stress disorder is but a fraction of this.  Here in Ontario, the McGuinty government recognized that firefighters can develop work-related illnesses that can be debilitating and made the right move to provide them with the help they deserve for the job they do, protecting the rest of us.  Harper's such a big supporter of the military, right?  Surely he would proactively do right by our men and women in uniform? 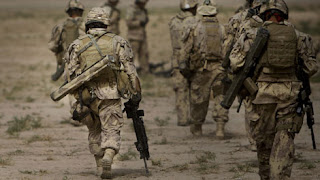 Turns out I was wrong.  The Harper government has moved away from ongoing support for disabled veterans in favour of a one-time lump sum payment.  They also put the responsibility to justify disability assistance on disabled soldiers, which is a bit like telling someone who was hit by a car it's up to them to prove they were injured.  Sure, this fits within their general modus operandi of “leave people to fend for themselves” following meagre cheques in the mail for child care instead of a plan and the gutting of Canada’s census.  It’s the standard Hard Right, Hawkish approach – you need to build in a certain “moral toughness” into people by forcing them to survive on their own – selection of the fittest in a social context.  It’s also so wrong as to be dangerous.

It just goes to show how completely ignorant, willfully or not, these people are of history and biology.  It wasn’t a lack of “moral toughness” that helped scale us back from a nuclear Holocaust in 1963 – in fact, it was the ingrained need to be the last man standing that landed us on the brink over those thirteen days.  “Toughness” isn’t the ability to fight back against whatever – what we want to foster is resiliency.  Instead of pursuing an evidence-based approach that looks at physical and psychological kinetics, the Tories are just going with their gut.


So, here’s a little gut-fact for you; anger is strongly correlated with obesity and heart disease.  Look at the bulldogs in the Harper cabinet – Dean del Mastro is a good example.  Look at Toronto’s Rob Ford.  Look at Stephen Harper himself.  These are angry, bitter men that aren’t connecting the dots between their waistlines and their cognitive positioning.  What this means, ultimately, that they can’t fix their problems with a one-off diet regimen; there is an entire lifestyle change required, one that will take the support of their peers and, more broadly, the society in which they exist. 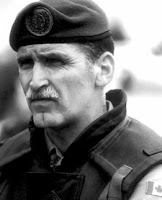 Which brings us back to our 40,000 Canadian veterans of Afghanistan.  If the government plans to absolve their broader responsibility to the long-term well-being of these men and women, they are going to have problems reacclimatizing to civilian life.  Full stop.  That means broken families (and impacted children), dysfunction at work and potential long-term unemployment and the acting out socially of the symptoms of their PTSD, etc.  None of this will be their fault but they, along with society, will have no choice but to bear the consequences of Team Harper’s un-front negligence.  This helps our broader internal and external security goals none at all.


Another thing to consider; Canada’s military brass, like director-levels everywhere, is largely made up of baby boomers.  When they retire, who will replace them?  Those same vets whose PTSD did not get adequate short-term treatment.  Almost 1 in 4 Canadian veterans of Afghanistan suffer from mental illness.  Think about what that could mean for the future of Canadian military decisions for a second. 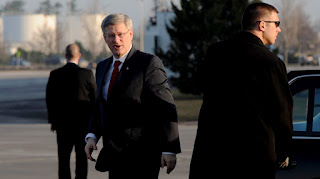 What’s maddening about this is that Stephen Harper gets the impact of mental illness; his biological grandfather suffered depression and likely committed suicide as a result.  There is an unfortunate social stigma around mental illness and suicide; if I read Harper right, his internal fears about self-control, exacerbated by his frustration with some control-removing Liberal pollicies like the NEP, have largely shaped his Machiavellian, firewall, control-freak nature and policy development.  His anger management issues fit that context perfectly.


Caught in a cycle of recrimination, Harper is perpetuating the mistakes of the past – mistakes we can ill afford at a time when the global economy is crumpling and very real international threats, including the rise of ethnic violence in Europe, are building.  Now is the very worst time to hide behind walls – from the top down, Canadians must be open with and supportive of each other.  Stephen Harper needs to set a positive example by seeking help to conquer his internal demons; it will take a lot of courage on his part, but as Prime Minister, it’s his job to pave the way.  There are precedents to this; there’s a reason why Australia is a leader in mental health promotion.

It takes guts to make oneself so utterly vulnerable, particularly when one has worked so hard to foster a political culture of vicious personal attacks.  True strength doesn’t come from without, however, but from within.  Harper can internally justify taking such a brave risk by saying he’s not doing it for himself; he’s not even doing for his Party.  He would publicly own up to his insecurities and seek help in remedying them on behalf of our soldiers.  Harper would also have mountains of evidence-based reasoning in his favour (some of which can be found in the left-hand column of this blog).  In so doing, he would then empower himself and society to face the elephant in the room and start doing right by our veterans.


After all, they do the same for us each and every day. 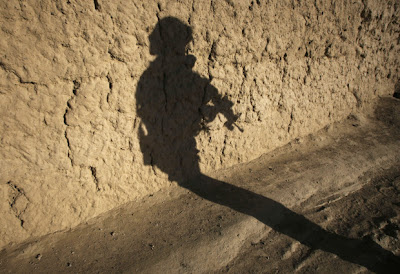